With the increased value of property in NoMad and the demand for office and hotel space in the area, Kew is currently planning the redevelopment of its site at 40 West 29th Street.  The goal of the new project is to realize the full potential of the site with a building built to maximum zoning limits and occupying the full width of the 65 ft. lot.

The site is in a prime location at the heart of the NoMad District, which is seeing massive redevelopment.  The result is a tremendous increase in businesses relocations to the area, an influx of upscale residents and growing tourist traffic.  In an interview with Yimby, Michael Kirchmann (who is developing a Skidmore building at 31st and Broadway) sounded excited about the prospects for the neighborhood: “I cannot say enough about this building’s location. This project is at the center of one of the most active, and quickly changing, neighborhoods in Manhattan. The area is getting better by the day. The site is just a few blocks from Penn Station and numerous other transportation lines, as well as being in walking distance to Hudson Yards. This neighborhood also has extraordinary historic architecture and we’re designing this building to have that kind of longevity in terms of its design and quality.” (Read Article)

40 West 29th Street is directly across the Virgin Hotel currently moving to completion, between the MADE and Paul Hotels, near the corner where the Ace Hotel and Gilsey House stand, just down the block from a new 40-story HFZ Capital Group office tower, and around the corner from the Ritz Carlton now rising at 28th and Broadway.

In recent years NoMad has experienced dramatic growth and improvement.  Much of the credit for the areas resurgence is due to the legacy of its fine architecture and the beautifully restored Madison Square Park.

NoMad has 20 hotels that are new in the past 10 years, and two more are currently being constructed.  These hotels are setting a standard for the city and the world, such as The NoMad and the Arlo.

NoMad welcomes new restaurants every day, representing a broad spectrum of cuisines.  Some of the country’s greatest chefs, such as Daniel Humm from Eleven Madison Park and April Bloomfield of The Breslin, are serving up meals in beautiful spaces.

NoMad has great nightspots everywhere.  There are places to try out 500 kinds of whiskey, hear hot jazz, look for celebrities, enjoy stand-up comics or try out drinks from celebrated mixologists.

Finally, perhaps nothing is so characteristic of the District’s diversity as the fact that both the Museum of Sex and the Museum of Mathematics are located here. 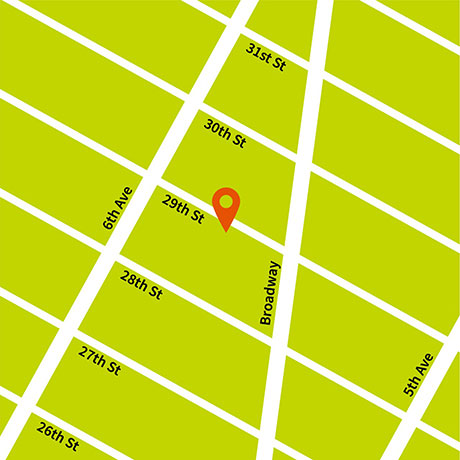