Boulevard Arts is the leading developer of arts-based immersive reality experiences for art, culture and education. The company partners with the world’s leading museums to share their collections through virtual, augmented and mixed reality technology. With unparalleled knowledge of and access to the arts, Boulevard is able to create exceptional, content-rich and user-controlled experiences that make art and culture accessible in everyday life.

Boulevard’s main mission is to educate and encourage inquiry and engagement. Central to Boulevard’s ideology is the belief that access to art and culture and life-long learning are essential to living a well-informed and well-rounded life. The enhanced reality experiences Boulevard offers complement education curriculum across disciplines and open up new possibilities for learning.

In this continuation of our conversation with Co-Founder and CEO Elizabeth L. Reede, we were able to get a more in-depth idea of how Boulevard Arts is able to do the amazing work that it does. Learn more about Boulevard’s process and some exciting opportunities on the horizon for this innovative company. 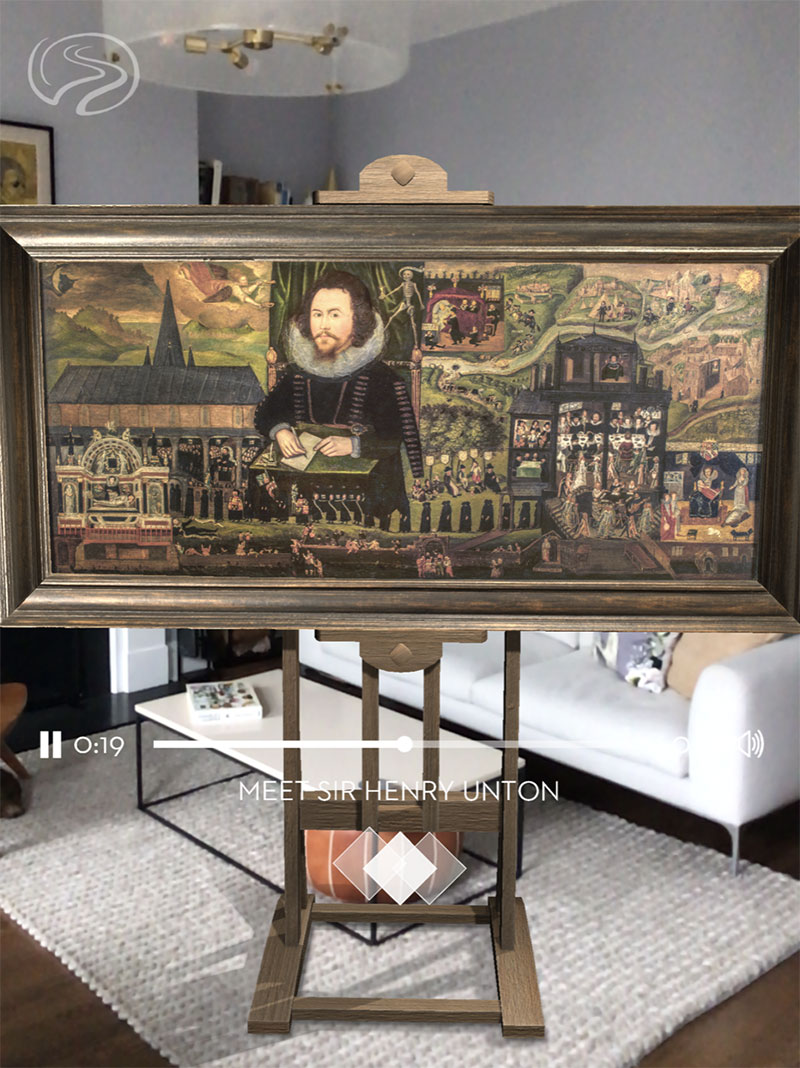 In Part I of our tenant profile on Boulevard Arts, Elizabeth gave us a comprehensive picture of Boulevard’s mission and the education-based ideology that drives it. Elizabeth also spoke to us in detail about the complicated and cutting-edge technology in play behind the scenes, as well as the process her team adheres to when building Boulevard’s immersive reality experiences.

Boulevard provides content for three distinct platforms: augmented reality (AR), virtual reality (VR) and mixed reality (MR). Each platform is distinct and requires a unique device, so separate technology teams are involved in their development phases. Despite these different requirements, Boulevard’s production process is relatively similar for all three. Using an art gallery as an example, Elizabeth explained what the process looks like. The team goes in with a variety of tools, such as a laser scanner and high-tech cameras, and visually captures all of the information they need. The raw data is then uploaded to the cloud. Simultaneously, Elizabeth’s New York team starts the content development process, which includes researching and writing about the objects included in the experience. Software engineers pull the raw data from the cloud and begin the virtual construction process. At the same time, the engineers are making sure that the renderings are accurate, using the data points to accurately represent the detailing in the frames or the reflections on the floors.

Elizabeth says that it is a constant jockeying. “This isn’t like a manufacturing process where it is passed down an assembly line. Everything is happening at once.” The physical content is loaded in, the voice-overs and music recordings are added, and it all gets mashed together. Then the team starts the quality assurance process. “When we get a build, the whole team starts checking it, and we are essentially trying to break it.” Once the build is ready, it is sent to the client for testing and final approval. All of these steps are important to the production of the high-quality experiences that Boulevard provides.

Making a Name for Boulevard

Boulevard has the technology, but, as Elizabeth notes, the process of getting museums and education companies to move forward and innovate is like “pushing an iceberg.” When it comes to these institutions, they are often stuck in their traditional ways. According to Elizabeth, the willingness of art and education organizations to accept cutting-edge technology, as well as their eagerness to incorporate it into their programming, varies from place to place. Interestingly, five years ago, when Boulevard was just getting started, European institutions tended to be more open than their counterparts in America.

That said, the technology advances so quickly that even open-minded organizations tend to fall behind. Museums will throw money at “digital departments,” but, in Elizabeth’s experience, the focus is often on imaging and website design, instead of truly groundbreaking technologies. In fact, in the beginning, Elizabeth often found that she had to educate digital teams herself when it came to Boulevard’s virtual, augmented and mixed reality applications. However, as these technologies are becoming more mainstream, things are beginning to change. “Now everybody is on board, so we have a lot of projects.”

A major key to Boulevard’s success in this area was reaching out to museums and education companies early on. By opening up the conversation five years ago, before everyone was familiar with these technologies, Boulevard was able to establish a reputation as one of the first in the field. “We were there right at the beginning. Now people know the high quality of our work.”

Nevertheless, even with the increased recognition regarding the advantages of incorporating immersive experiences into their programming and Boulevard’s reputation, museums and educators can still be hesitant.

Luckily, Boulevard is unwavering in its mission to make arts and culture available to all. “We do a lot of traveling in order to build relationships with these institutions. The goal of these kinds of meetings and conversations is to encourage a more open mindset and a willingness to expand their comfort zone.” Major museums and education companies have the power to extend Boulevard’s reach, and, while a great deal of progress has already been made, Elizabeth and her team are not slowing down anytime soon. 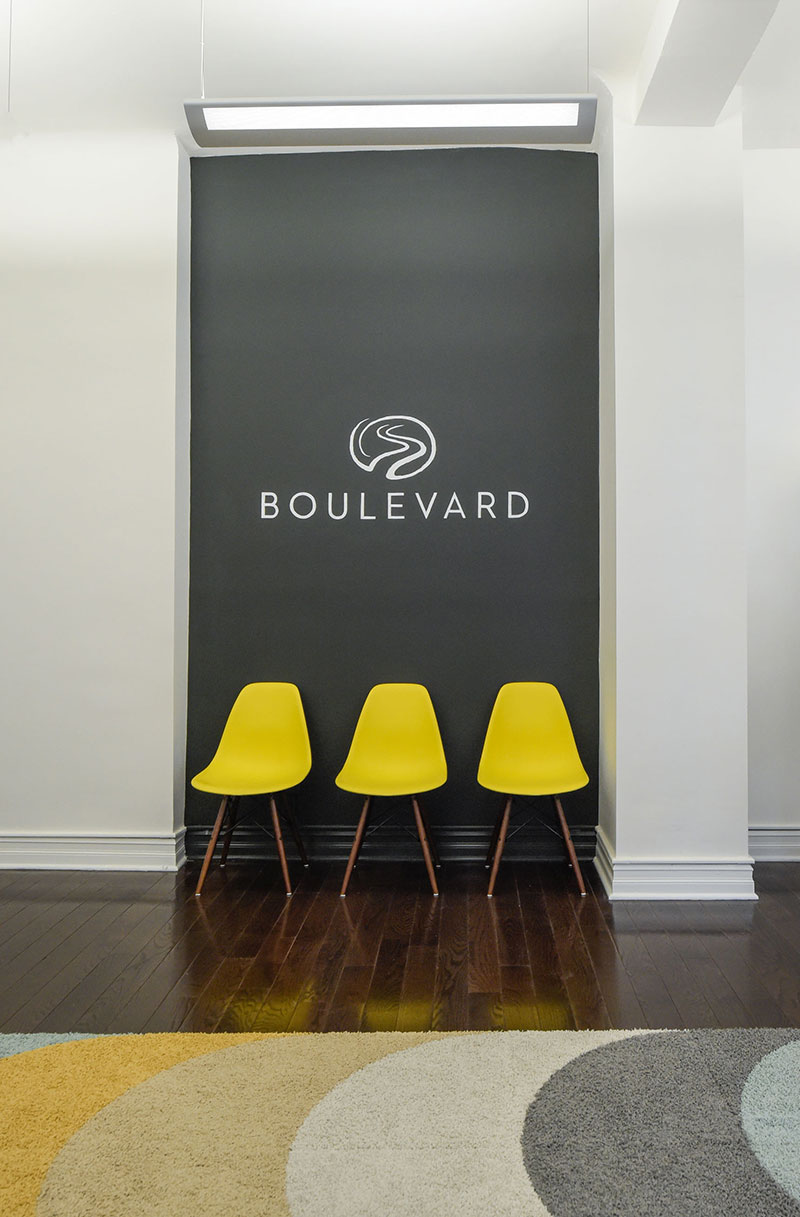 With technology advancing at such a rapid pace, there is a lot for Boulevard to be excited about in the future. Elizabeth’s priority is making sure that the company continues to be right at the leading edge. Boulevard is also focused on making sure that all of the experiences they have created up to this point remain functional. “Nothing becomes obsolete. In fact, we’re going through a major sweep and update right now, so that, in the coming years, all of our programs function as smoothly and as quickly as they do today.”

Another priority for Boulevard is ensuring that its materials are accessible to everyone. A large part of that mission is making sure that people are aware that these experiences exist. “We have this amazing stuff, and people who are ‘in the know’ know about it, but how do we make it prevalent in the larger population?” An exciting opportunity to do just that will take place in fall 2020, when Elizabeth’s team presents their immersive experiences at The Africa Center. It is undeniable that virtual, augmented and mixed reality technologies are on the rise, and that Boulevard is on the forefront of this trend in the arts and culture sector.

Overall, Elizabeth is a big fan of what she calls “infinity thinking.” Five years ago, when she started Boulevard with Rob Hamwee, someone had the audacity to tell her that the advances she wanted to explore, and which have already now been made, would never happen in her lifetime. She is not one to tolerate that kind of lack of imagination. Roughly quoting Lewis Carroll, she says, “I like to try to think of at least six impossible things before lunch,” because to her, nothing is really impossible. If the technology doesn’t exist yet, she wants to create it. If it will take a year to create instead of six months, that’s fine by her, as long as she’s surrounded by people who believe that anything is possible.

Remarkably, Elizabeth thinks that, in another five years, all of this technology could be available in a pair of glasses. “I believe that if we do not respond to the demographic as it is today, we will miss a whole generation of individuals who want to work in this technology and have fun with it. If young people are reading Moby Dick, why can’t they learn about it through technology? I don’t just mean reading it online. They can construct the whale coming out of the water in a hologram for you to see. There’s one of my impossible things before lunch.” Elizabeth wants Boulevard to be a part of helping people learn about the things they are interested in, so that they can do the things they love. “Consume the content you want, when you want it and how you want to consume it. That just doesn’t seem impossible to me.”

Why the St James is Perfect for Boulevard Arts

One more thing that makes the future so bright for Boulevard Arts is its recent move to the St. James Building here in NoMad. The firm’s previous offices in Midtown weren’t the right space for Boulevard’s radical innovation. As Elizabeth commented, “I didn’t like the location. It was stressful, and there was absolutely nothing going on there. It was dead compared to NoMad. The reality is, everybody in the creative and technology industries are down here now.” When Elizabeth saw Boulevard’s current office space in the St. James, she knew right away that it was perfect. “Sometimes you just know. I walked in and thought, ‘this is a real building.’ The entablatures, the designs, the original moldings—I was sold.”

As an added bonus, Elizabeth has found common ground with many of her fellow tenants. “I don’t know how to describe it, but the people who choose to be here are all very similar in how they look at life. Being in the building feels interesting and weird and creative and eccentric—and those things make me feel comfortable.” The supportive, kind and interesting atmosphere of the building is exactly what Elizabeth was searching for, and it provides the perfect environment for Boulevard to continue with its groundbreaking work.