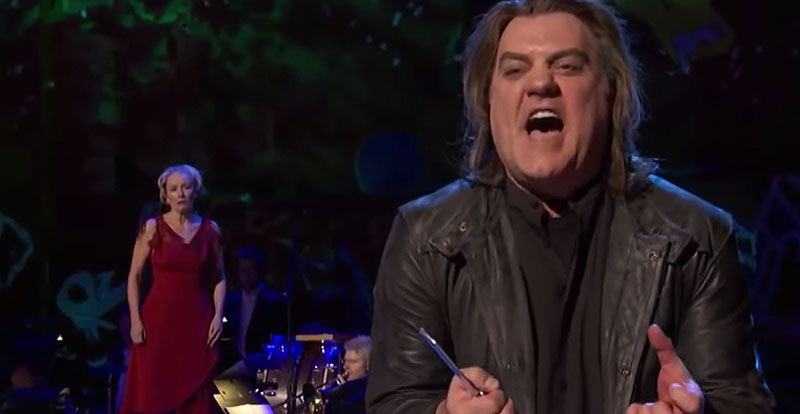 Those who love Sweeney Todd and can’t imagine performances better than those of Len Cariou and Angela Lansbury or Patti Lupone and Michael Cerveris, watch out!  This may change your mind. Emma Thompson serves up a wacky Mrs. Lovett — and who knew she could sing like this? Bryn Terfel, the leading bass in today’s opera world, makes the cross over with menacing power. And there is Audra McDonald, too as the Beggar Woman. The New York Philharmonic plays the phenomenal Sondheim score as you may never have heard it. The musical won the Tony Award for Best Musical and Olivier Award for Best New Musical. It has since had numerous revivals, as well as a film adaptation. It’s funny, it’s terrifying, and it is supremely beautiful; it remains one of the greatest musical achievements of the American Stage, advancing the art to an entirely new level.

Tony Award winners Bernadette Peters, Joanna Gleason, and the rest of the original Broadway cast weave their spell over you in Stephen Sondheim’s masterpiece, directed by James Lapine.  It’s a seamless fusion of fairy tale characters and what happens after happily ever after. In this most magical of musicals, a baker and his wife journey into the woods in search of a cow, a red cape, a pair of golden slippers and some magic beans to lift a curse that has kept them childless. It won several Tony Awards, including Best Score, Best Book, and Best Actress in a Musical (Joanna Gleason), in a year dominated by The Phantom of the Opera (1988). 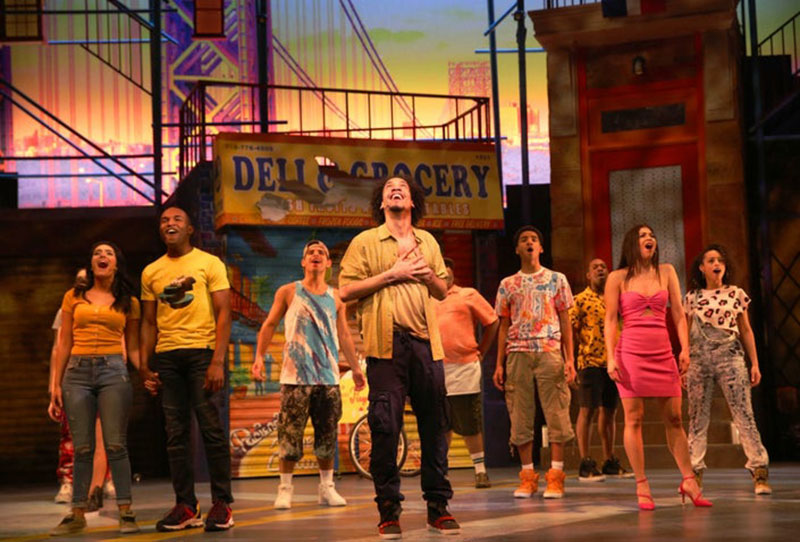 In the Heights has music and lyrics by Lin-Manuel Miranda (of Hamilton fame). The story is set over the course of three days, involving characters in the largely Dominican-American neighborhood of Washington Heights in New York City. This is a splendid quality version of the show that took Broadway by storm. Charles Isherwood’s review in The New York Times said that “when this musical erupts in one of its expressions of collective joy, the energy it gives off could light up the George Washington Bridge for a year or two.”  It was nominated for thirteen Tony Awards and won four, including the 2008 Best Musical, Best Original Score, and Best Choreography awards. It has been staged around the world, from Japan to Germany and Peru. A film adaptation of the musical was originally set for release on June 26, 2020. However, it has been delayed indefinitely due to the COVID-19 pandemic.

A horror comedy rock musical, Little Shop follows the hilarious and gruesome story of a hapless florist shop worker who raises a plant that feeds on human blood and flesh. The music, composed by Alan Menken in the style of early 1960s rock and roll, doo-wop and early Motown, includes several well-known tunes, including the title song, “Skid Row (Downtown),” “Somewhere That’s Green,” and “Suddenly, Seymour.”  It won several awards including the 1982–1983 Drama Desk Award for Outstanding Musical, as well as the New York Drama Critics Circle Award for Best Musical and the Outer Critics Circle Award. This film of the American Musical Theatre of San Jose’s 2008 production has some wonderful performances and will definitely make you forget your penned up at home. 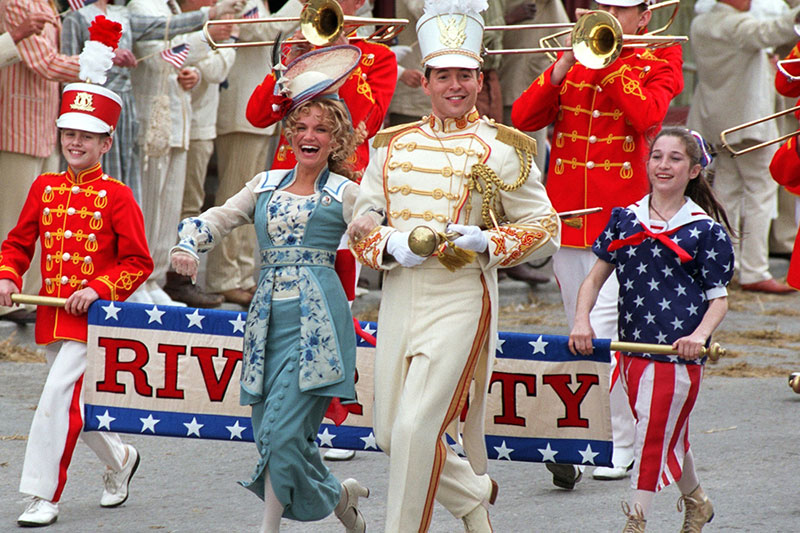 Featuring book, music, and lyrics by Meredith Willson, the musical’s plot concerns con man Harold Hill, who poses as a boys’ band organizer and leader. He sells band instruments and uniforms to naïve Midwestern townsfolk, promising to train the young members of the new band. Harold is no musician, however, and plans to skip town without giving any music lessons. Prim librarian and piano teacher Marian sees through him, but when Harold helps her younger brother overcome his lisp and social awkwardness, Marian begins to fall in love. Harold risks being caught to win her. In 1957, the show became a hit on Broadway, winning five Tony Awards, including Best Musical, and running for 1,375 performances. It has been revived numerous times and was made into a movie in 1962. This version is the Disney made-for-television version starring Matthew Broderick as Professor Harold Hill and Kristin Chenoweth as Marian.

Still haven’t had enough?  We’ve saved the best for last… 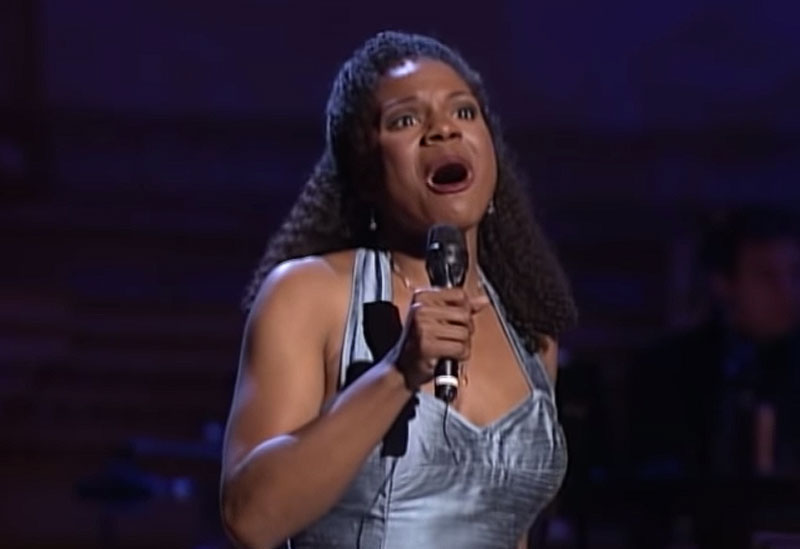 On a fall evening in 1998, the greatest women stars of Broadway appeared together in a Carnegie Hall review of some of The Great White Way’s finest hits. The songs are vintage classics, and the performances are all superb. Here are just some of the treats you are in store for: