Excavation work is in progress at the site for the AC NoMad Hotel by Marriott, which will hold the record for the world’s tallest modular hotel once it is completed next spring. At 26 stories, the building will tower 114 feet over the current record holder, CitizenM’s New York Bowery Hotel on the Lower East Side.

The hotel at 842 Sixth Avenue will feature 168 rooms, a terrace, and a rooftop bar that capitalizes on its coveted height over the New York City skyline. With 100,000 square feet of space, it will stand just to the left of the Noma—a new residential building, behind the new Virgin Hotel, and across the street from the Kimpton Eventi Hotel.

The project was designed by Danny Forster, who has a particular interest in modular design—a method that involves constructing individual modules offsite and assembling the final product at the build site, which is said to be more time- and cost-effective than traditional construction.

Forster explained modular design was ideal for the project, since it can easily replicate the repeating floor plans and symmetry chosen for the AC. However, not all of the construction will follow this new method. The cast-in-place concrete tower (the building’s central spine) will be made in New York, even as the individual modules will be developed and transported from a factory in Poland. The modules will then be stacked onto the structure as the core is built, allowing for an impressive 90-day turnaround to complete it once it reaches the assembly stage.

This $65 million project is the second hotel developed by the Chun family in NoMad, and it has caught the industry’s attention for its ambitious foray into a technique that hasn’t yet been widely adopted. Our neighborhood will eagerly follow its progress, as the AC could very well be a game changer for New York and NoMad’s hotel industry.

The Wall Street Journal and other sources are reporting that Deerfield Management Company, in partnership with the Economic Development Corporation (EDC) and the Industrial Development Agency, is creating a transformative $635 million life science campus in NoMad over on Park Avenue South between 25th and 26th Streets.  This is good news for our area, because it will continue to make our neighborhood a magnet for creativity, technology and improved infrastructure.

One of the key reasons NoMad was chosen for this center was its robust transit connections and ease of access.  The campuses proximity to mass transit will be transformative in attracting the city’s top talent according to James Flynn, Deerfield’s managing partner, who commented that location is a common hurdle: “A lot of the sites that are zoned for labs are really hard to get to. One of the things New York needs is talent. It’s got great academic discoveries, but it doesn’t, like Boston, have all the executive talent you need to incubate these companies. Some of the locations that are hard to get to, it’s also hard to attract talent there.”

Deerfield purchased a 12-story structure at 345 Park Avenue for $345 million and is spending another $290 million to renovate the structure.  By early 2021, the 300,000 square foot expanse will be move in ready with laboratory space, research offices, over 200,000 square feet of wet labs, and other cutting edge amenities.

New York’s EDC President and CEO James Patchett sees the NoMad campus as being a perfect solution: “The shortage of commercial laboratory, engineering and computing space has prevented us from developing cures for some of the most pressing medical conditions here in New York and nationally, but with LifeSci NYC we are changing that quickly.” The building will serve every type of specialist in the healthcare industry.  Scientists, entrepreneurs, and innovators will now be able to develop cures and protocols for the management of deadly and debilitating ailments. Patchett also observed, “New York City already has the best research institutions in the world. By investing in this Life Sciences campus to bring new lab space and programming for healthcare and early-stage biotech companies, we can strengthen the City’s position as a global leader in life sciences.”

Now instead of licensing innovative procedures and products to outside companies, local institutions, such as Columbia, Cornell, Rockefeller, and Memorial Sloan Kettering, will be able to incubate these products and procedures into standalone businesses, as institutions in other cities already do.  This means greater local worth, job creation, and enhanced national and international reputations for local institutions.

The life science campus being created here is part of a 10-year, $500 million effort to establish New York as a top-tier biopharma hub with 16,000 new life-science jobs and up to three million square feet of new space for life-sci companies and institutions.  The announcement of the new campus comes on the heels of another life sciences project Deerfield Management has been involved with in New York. In June, Deerfield teamed up with Columbia University to form a research and development alliance called Hudson Heights Innovations that will be backed by an initial investment of $130 million from Deerfield.

To encourage these developments, the city has provided $92 million in tax incentives over a 20 year time-frame—a sizeable investment that speaks to the city’s overwhelming support towards New York’s broader mission of creating a number of high paying jobs and diversifying the economy in the biotech sector.  It has been reported by biospace.com that the new campus on Park Avenue South is expected to provide 1,400 jobs.

It’s great to see our vibrant neighborhood become even more diverse while reaffirming the two features of NoMad that make it so vital to the life of New York City—creative and technological energy. When Kaufman first purchased the property, rents in the building were an average of $30 per square foot. Now, with NoMad’s growing reputation as a highly desirable location, rents in 27 West 24th Street are as high as $65 per square foot.

While details of who purchased the property and the future plans for the building are yet unknown, 27 West 24th Street has seen a number of upgrades in recent years. Over the two years that it owned the building, Kaufman upgraded the lobby, security systems, sign systems, and elevators, making it a much more attractive location for businesses.

27 West 24th Street may be known to locals for Junoon, the modern Indian restaurant that occupies the building’s ground floor. Big changes are coming to 212 Fifth Avenue, just across the street from both The St. James and The Townsend Building. After a lengthy period of limited occupancy, 212 Fifth Avenue, one of the best buildings in the former Ring portfolio, seems to be getting more than just a simple facelift.

The 21-story building, with 220,000 square feet, has been an office building since it was built in 1913, but a new deal will change this completely. The handsome Neo-gothic building is being converted to residential use, bolstering an already fantastic residential market here in NoMad.

Thor Equities recently purchased the building from Extel for $260 million, and has hired Helpern Architects to design the residential conversion. Thor Equities along with Madison Equities and BLT are planning to transform the commercial property into a residential building. There are conflicting reports on the plans, but Curbed and The Real Deal are both reporting that the building will house 48 new apartments, including a triple penthouse and a 3,850 square foot commercial space on the ground floor. Filings for the initial work with the DOB were submitted last week, and we’re already seeing work progressing quickly.

This conversion is just the latest in a series of developments that continue to solidify NoMad as one of the most balanced live/work neighborhoods.  212 Fifth will join other current high-end residential developments, including  Huys at 404 Park Avenue South, 281 Fifth Avenue, 10 Madison Square Park West, and 400 Park Avenue South. Considering NoMad’s incredible roster of dining and shopping venues, you couldn’t ask for a neighborhood with more vitality in which to live and work. 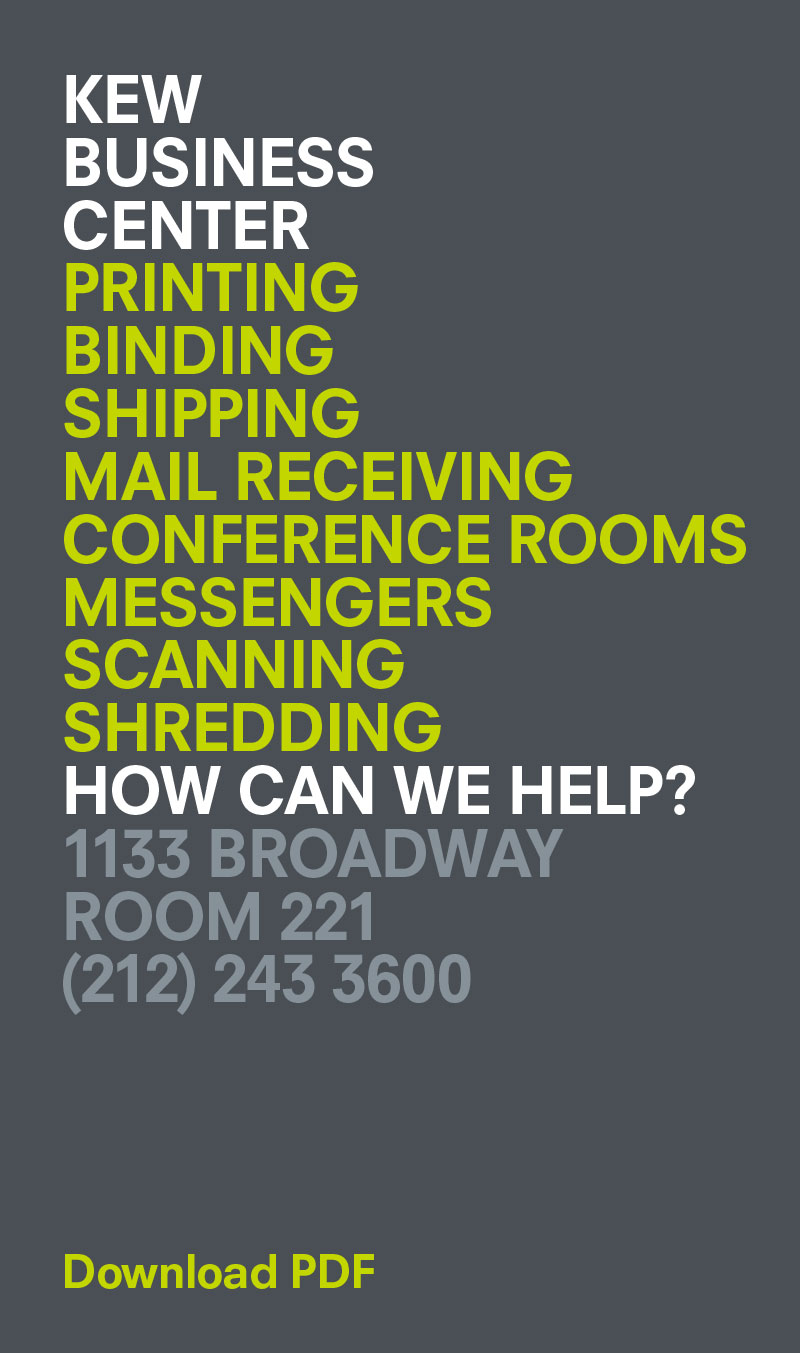