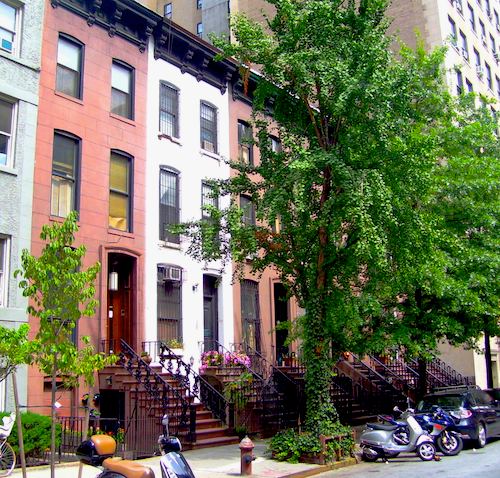 The brownstone at 127 East 26th Street is skinny — only 14 feet wide, as opposed to the more typical 20 feet — but it carries a steep asking price. The three-story, five bed, three bath townhouse is being listed for $5.25 million. Built at beginning of the 20th Century, the town house retains its classic features, such as high tin ceilings, exposed brick walls and floor to ceiling windows.

The building is represented by Scott Elaynow of Town Real Estate, who refers to it as being located in New York’s “hottest neighborhood” in the listing. According to the listing, NoMad is “home to many of the city’s fastest-selling new developments. The best of New York living is all just around the corner, from Michelin-three-star dining at Eleven Madison Park to gourmet shopping at Eataly and the urban oasis of Madison Square Park.”

Despite its historic roots, 127 East 26th Street is not landmarked, and is available for redevelopment.