Here are additional events happening in the coming weeks that you might enjoy and that may broaden your horizons.  We even found an event you can create for yourself at home.  This is only a brief selection of the many offerings available online. If you don’t find something here, do a Google search for streaming events. Whatever your musical and cultural tastes, you are bound to find offerings to make your life richer, while reducing the stress and concern that are natural during the current crisis.

Evenings with Gilbert and Sullivan 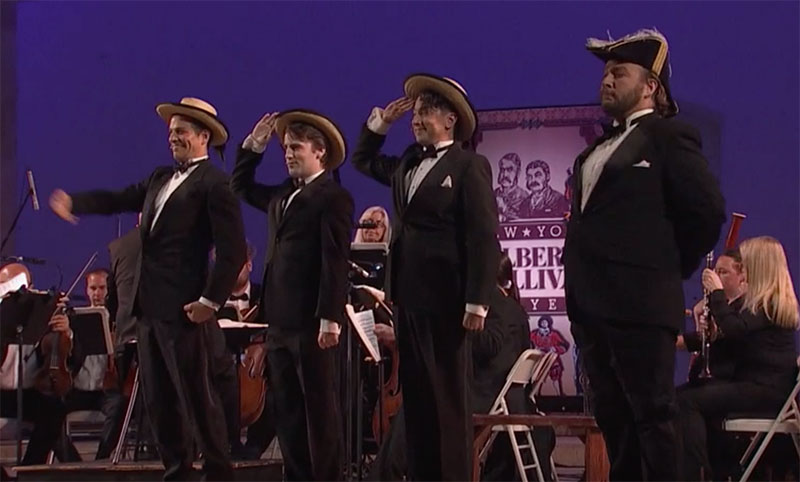 As we enter the next weeks of social distancing, New York Gilbert and Sullivan Players hopes to bring a little light and levity into these difficult times, with the joyful humor and beautiful music of Gilbert and Sullivan. The company is offering exciting exclusive content each week. This week the troupe is featuring a rousing concert of G&S hits, featuring its intrepid “Wand’ring Minstrels,” backed by Maestro Bergeret and orchestra. And there will be more . . . Check out: https://www.pbs.org/video/evening-with-gilbert-and-sullivan-gdiksz/ 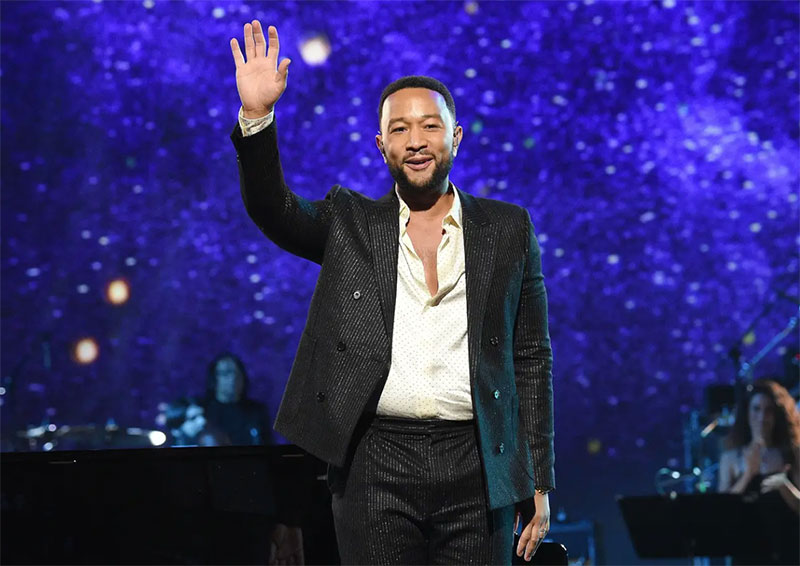 John Legend and Coldplay’s Chris Martin have helped launch a series of online concerts called “Together at Home,” which is supported by Global Citizen.  Charlie Puth, Niall Horan, and Hozier have also taken part in the series.  Other musicians like Pink, Keith Urban, and Diplo have also posted live performances on social media.  You can find a list of these popular concerts at this link: https://www.insider.com/live-private-concerts-coronavirus-watch-online-music-streaming-2020-3

Nightly Streaming Opera from the Met 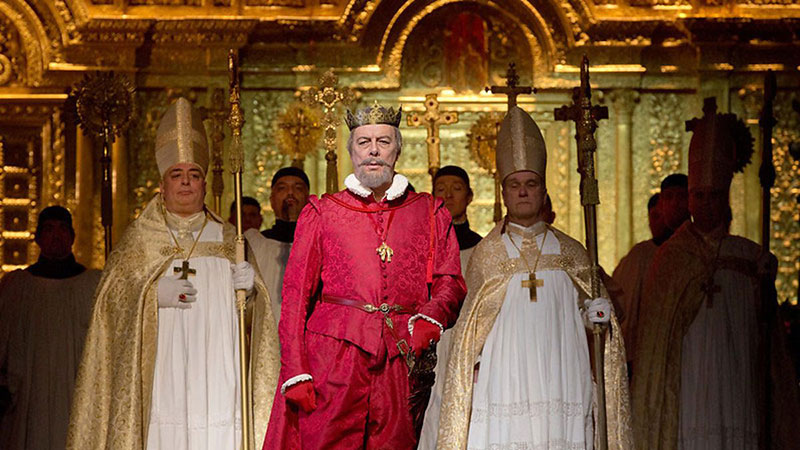 The Metropolitan Opera is continuing its encore presentations from the company’s Live in HD series. Available for free and streaming on the Met website, each performance is available for 23 hours, from 7:30 p.m. EDT until 6:30 p.m. the following day.   This week’s schedule is below and you can tune in at this link:  https://www.metopera.org/user-information/nightly-met-opera-streams/

NYT: Turn the Living Room into a Stage: Read Plays Out Loud 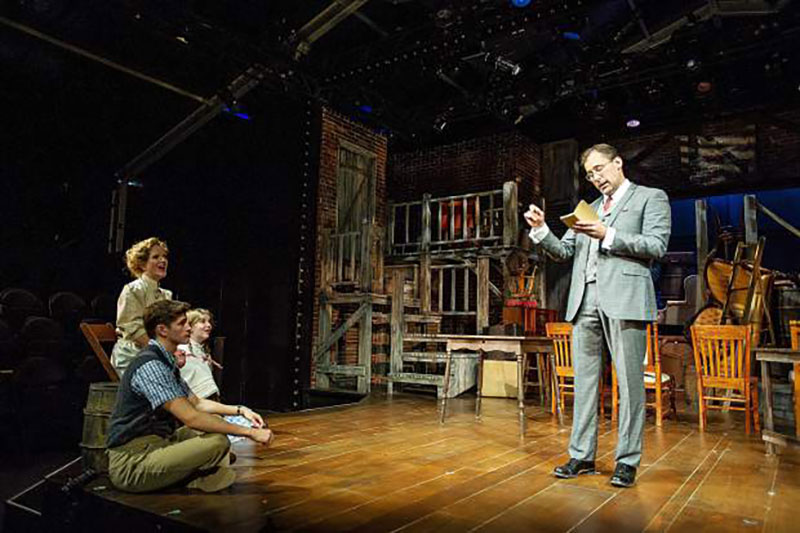 Take a look at this article by Ben Brantley, in which he suggests a great social activity for the family in this time of social distancing — reading plays aloud. It can be a fun activity that you can all share, and plays may take on new meanings for all when delivered in the context of your family’s relationships.  Here are the plays he suggests:

“Macbeth
This is my choice for a first dive into Shakespeare out loud. It’s sinewy and relatively short, and moves as fast a Scottish warrior’s steed on a battlefield. It is also irresistibly lurid, with lots of opportunities to go over the top in interpretation. (Those witches!) It also seems fair to say that all of us these days — who have become weary experts in hand-washing — are prepared to take on Lady Macbeth’s sleepwalking scene, in which she endlessly scrubs at hands she imagines are permanently bloodstained.

“Our Town
Thornton Wilder’s portrait of small-town American life in a cosmic context is written in plain and forthright prose that grows in power in the recitation of it. Perfect for those who would just as soon avoid flashy histrionics, and a good choice for families. (An alternative could be O’Neill’s uncharacteristically sunny domestic comedy, “Ah, Wilderness.”)

“Who’s Afraid of Virginia Woolf?
This one’s definitely not for children. But Albee’s immortal, four-character look at marriage as a blood sport (which was to have been staged on Broadway this season, with Laurie Metcalf) has a fierce momentum that can be ridden like a roller coaster. This is the play that the woman I lived with my senior year of college and I would trot out for postprandial entertainment when we had guests for dinner. And no, I do not want to think about what this says about my character at that age.

“The Piano Lesson
Wilson’s Pulitzer Prize-winner from 1987, set in Pittsburgh during the Great Depression, turns the classic domestic drama into an exploration of the legacy of slavery. It’s the most immediately accessible — and family-friendly — of his plays, and it has a poetry all its own that approaches Shakespearean heights.

“Private Lives
Another favorite from my college days, Coward’s peerlessly urbane tale of a couple who can’t live together and can’t be apart provides an occasion to put on plummy English accents and arched eyebrows. Just the sort of thing to read in a dressing gown, with a dry martini or two at hand. (An alternative: Neil Simon’s “Plaza Suite,” a series of comic vignettes set in the hotel of the title, which had been scheduled to open on Broadway this season with Sarah Jessica Parker and Matthew Broderick.)

“The Little Foxes
Lillian Hellman’s great potboiler about greed and chicanery in small-town Alabama in 1900 allows plenty of opportunity for camping it up wickedly, and with a Southern drawl to boot.

“Waiting for Godot
For those who are feeling that life is indeed an endless waiting game these days and are brave enough to take on the ultimate literary evocation of that feeling. Not exactly escapist fare, but a lot funnier than you may remember. (An alternative: Parks’s Pulitzer Prize-winning two-hander “Topdog/Underdog.”)

“The Mousetrap’ and ‘Witness for the Prosecution’
For the British mystery lover, these theatrical adaptations of Agatha Christie novels are equal parts cozy and creepy. And the reassuringly stock characters require no special actorly finesse to bring to life. (Ayn Rand’s “The Night of January 16th,” a longtime favorite of high schools, could be an alternative. I played the gangster my junior year.)”

As Brantley says, “Most of these plays are available for download online. One warning: This kind of project can affect the way you talk. So don’t be surprised if you find yourself saying “methinks” (if you’re doing Shakespeare) or calling people “dahling” (if you’re reading Coward). But, really, what’s wrong with bringing a little flash to everyday conversation at a time of stay-at-home monotony?” 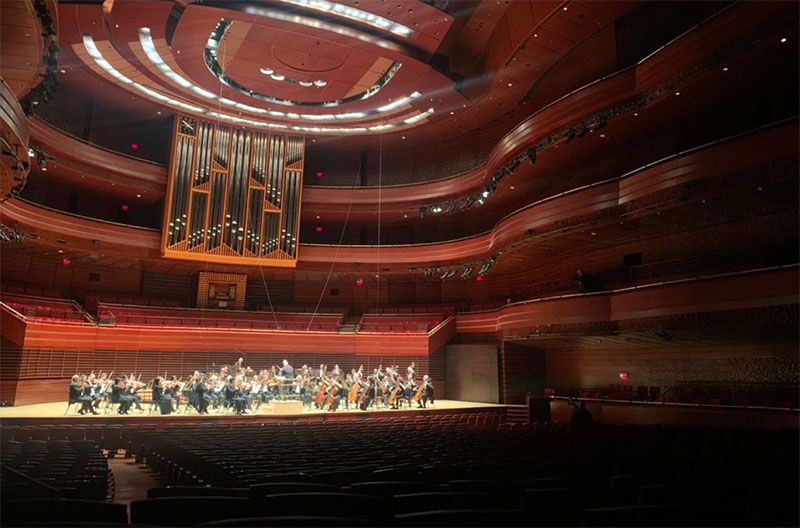 The great concert halls around the world are empty, and although the vast majority of performances have been cancelled, there are streaming events galore.

World Concert Hall: Every Online Concert in This World — Streaming classical concerts from the musical capitals of the world from Rome to Berlin and Tokyo, this site is offering a 30-day free trial:  https://www.worldconcerthall.com/#nogo

WKAR List of Live Streaming Concerts — Has one of the most extensive lists of streaming concerts and vocal events worldwide, including performances by perennial favorites such as the Chamber Music Society of Lincoln Center, Lang Lang, Berlin Philharmonic, Joyce DiDonato, Gothenberg Symphony Orchestra, and more.  Link: https://www.wkar.org/post/list-live-streaming-concerts#stream/0