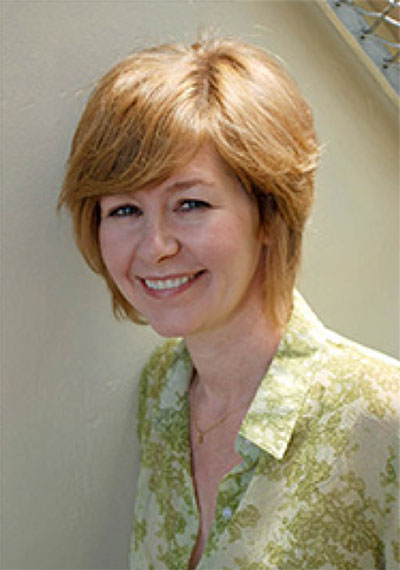 From its fifth-floor suite at 1133 Broadway, Susan Norget Film Promotion has had a hand in marketing and promoting some of the most notable and important films of our time. In fact, it’s safe to say that America’s familiarity with critically-acclaimed films like Blue Is the Warmest Color, American Honey, Searching for Sugarman, March of the Penguins, Melancholia and a host of others can be attributed—at least in part—to Susan Norget and her team.

Working mainly in the art house, foreign language, and documentary categories, Norget has promoted films for acclaimed documentary filmmakers such as Werner Herzog and Joshua Oppenheimer as well as known narrative writer/directors like Terrence Malick and Lars Von Trier, among many others. She has also seen films she promoted garner nearly two dozen Oscar nominations (winning four), six Golden Globe nominations (winning two), a dozen documentary Emmy nominations and awards, and dozens of film festival awards at Sundance and Cannes. One of her more recent projects, the Japanese film Shoplifters, won the prestigious Palme d’Or in Cannes and has been nominated this year for an Oscar in the Best Foreign Language Film category.

Susan didn’t purposefully set out for a career in film promotion, but rather landed there naturally as a result of her strengths and interests.

“I studied film for many years,” she says, “but like a lot of people, I wasn’t sure what I was going to do with it. I really love talking about film, I love watching films, I love international film. . . A four-year stint with the Toronto International Film Festival prepared me for my current career track.  I was often organizing screenings of the independent filmmakers work and trying to get the word out. And really what I do now isn’t so fundamentally different: it’s really about getting the word out.”

When she first founded Susan Norget Film Promotion as a boutique publicity and marketing agency, she primarily focused her interest on art house and foreign language films, and eventually documentary.

I think there was a period when documentaries were thought of, particularly by the broader public, as sort of “worthy,” like good medicine.  They were educational, but they were never thought about as entertainment, being moving, or an emotional experience.   A lot of Hollywood films seem cookie cutter, and “well, we’ve seen that story before,” I believe that documentary storytelling can really be some of the very best original storytelling.”

“Documentary has really hit a boom time mostly in the last 10 years,” Susan says. “I worked on a film called March of the Penguins many years ago, which was then a real anomaly in terms of big box office films because big box office and documentary didn’t go together. People like Michael Moore were able to kind of break through. Films came out that started opening people’s eyes a bit more, and in turn, because some of them were box office successes, it also made distributors more open. Some distributors that hadn’t even picked up a documentary film ten years ago suddenly realized there is an audience for them.”

Nowadays, Susan’s firm handles promotion and publicity for a significant number of films each year, with a team ranging between two and four people, depending on the time of year and the work load.

Susan says. “I’m mostly doing the marketing side for filmmakers who don’t yet have distribution for their films. Once a film is picked up for distribution, then the distributing firm takes over the marketing of the film, whether it be posters, websites or the social media side of things. So, I often come in very early and work closely with filmmakers in terms of positioning the film: thinking about who the potential audience is, how best to get the message across, and what each individual film’s strengths and challenges are.  Then, I come up with great stills, posters, websites, broadcast clips, grassroots outreach and other fun marketing ideas—in a nutshell, I establish the profile of the film.”

Susan finds a special satisfaction in helping guide first-time filmmakers through the promotion process. “What’s incredibly gratifying is when you start with a film at its first film festival, whether it’s Sundance, or Cannes, or Toronto. Maybe it’s a first film or it’s just the first time a filmmaker has ever even been to a film festival, and you really feel like you’re helping guide the way. So much of what I’m doing is really familiarizing the filmmakers with the independent film landscape, what they should expect of a film festival, encouraging them to do certain things, to participate in certain things, preparing them for Q & A’s, and for interviews with the press. A lot of it is like coaching.”

Changes in the Industry

Like so many other industries, Susan says the digital age has had a profound effect on the modern film industry, particularly when it comes to streaming media services like Netflix, Hulu and Amazon.

“I would say it’s more challenging than ever for foreign language films at the box office these days,” she says. “I’ve noticed certainly in the last five years that it’s been much tougher. The films that break $1 million, for instance, which is a magic number in the foreign language and international film market, are very rare. It used to happen more often. I think there are a number of reasons, but certainly the fact that we do have so many more choices now, and that people are choosing to see more films at home play into this. That’s something that can be a little frustrating.”

Susan also sees the rise of social media as a mixed bag when it comes to how films are discovered, reviewed and curated today.

“On one hand, I do love the sort of democratization of it,” she says. “So many people have blogs and Twitter accounts, and they just want to express themselves.  I love the fact that there’s just so much more dialogue online about film. It changes my approach to marketing because of social media and the idea of influencers. Setting up a social media campaign and working with various digital assets that you premiere at different times—whether it’s a little clip or it’s a trailer—are very important because so many people are on their devices just scrolling around film and entertainment sites.

“At the same time, film criticism as a viable profession is a real question mark these days in terms of a profession in which people can support themselves . . . where there once was a staff of three film writers, now there is maybe only one. This is true for websites, magazines, and papers. It’s obviously even more challenging for print media. They’re downsizing, and with many more films being released,—both in theaters and through streaming—these people are overwhelmed.   Also, there’s much more pressure by the publishers or the “money people” in terms of page views.  You know, you’re more likely to get a click if it’s a film that’s starring somebody big, or has a trendy topic.  I feel economics is playing a larger role— and one outside my control to a large extent.

“That has changed my work in that I know they can only review so many films a week; so the foreign language films or those real special documentaries aren’t being reviewed to the same extent they once were. There’s less room for critical discovery, and, as a filmgoer, that makes me a bit sad. I appreciate the greater diversity of choices, in terms of how you see films, but as someone who deals with the media on a regular basis, it’s that much harder. I love a challenge, but sometimes you feel you’re working hard for diminishing press coverage.”

However, not all the news is bad from Susan’s perspective. “I think it’s wonderful that through digital platforms more people than ever have access to a lot of specialty films,” she says. “So, whether you’re living in Salt Lake City or Cleveland, or somewhere in Alaska, now you can see these films. New Yorkers are spoiled. We can go to the Film Forum, Metrograph, or New York Film Festival—there are so many different film festivals in NYC. However, in the past, if you were living in a smaller city or in an area that didn’t have an ‘art house’ cinema, you were able to see only mainstream films. The fact that many more people can see these films on digital platforms is a wonderful thing.”

Susan has some diverse projects on the horizon.  She is about to do an Icelandic comedy in early March.  A week after that, she is working on an Iranian film by one of the great international filmmakers, Jafar Panahi.  She says, “It’s a really broad cross-section of films that represent foreign language, what you’d call sort of Auteur Cinema, as well as a lot of really great documentaries. One documentary that’s going to be world premiered at Sundance and is coming out at the end of March in theaters is a documentary about Steve Bannon, which we hope people will be talking about.”

“I take on these films because I love them. But it is also incredibly gratifying to know that you first worked with this filmmaker for the world premiere of the film at one of the many festivals, and then a year later, it’s nominated for an Oscar. Whoa! And, you know, there have been a number of awards, a number of film festivals and a theatrical release, and so on in between, and great reviews, standing ovations, and so on.  There’s something about being part of that journey that’s incredibly rewarding, and that has happened with any number of films that I’ve been connected to. 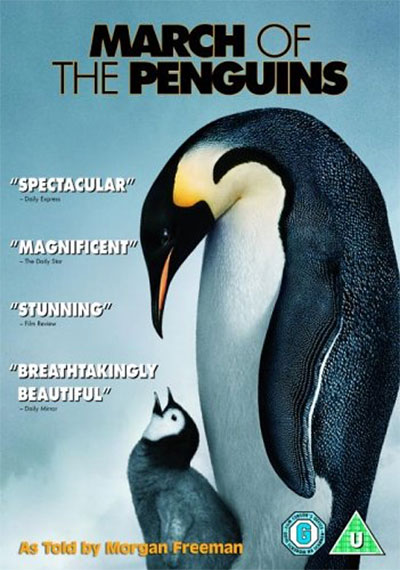 In moving from Canada, why did Susan wind up in New York to establish her film promotion firm, as opposed to Los Angeles? For Susan, it has as much to do with the New York vibe as the types of films she gravitates toward.

“It just happened to be a great place for my profession,’ she says. “It also just makes sense for so many reasons, not just because I love the city, but because of the distributors and filmmakers who are based in New York. While there’s certainly an independent community and independent distributors in L.A., there’s much more of an independent film industry here. It also makes much more sense as a sort of through-way for international film and filmmakers, whether it’s just about the distributors or the film festivals that are based here.”

Why set up shop in NoMad—and specifically, why the St. James Building? “I have a lot of clients and friends who work in the neighborhood,” Susan says. “I live in the West Village, so it’s nice that I can often walk to and from work. NoMad has a nice hustle-bustle too and great restaurants nearby. It’s also a nice midpoint between my home in the West Village and a lot of the places I need to go for work, such as the Film Society of Lincoln Center or MoMA, for meetings . . . it’s really well situated.

“As far as the building goes, I looked at a number of other places, but I liked the “vibe” as it were. I liked the fact that it was an older building that had character. The other thing I like about the building, and the neighborhood too, is that it is very ‘New York-y.’ I like the fact that it’s a nice mishmash of people from all different industries, and especially creatives.”