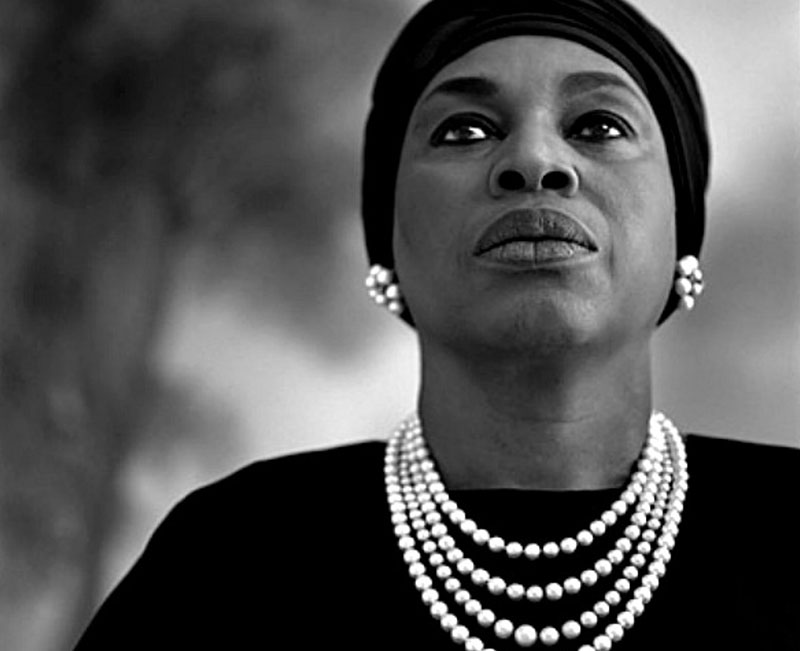 Perhaps one of the most famous quotes of Dr. Martin Luther King, Jr., whom we celebrate today, was, “I look to a day when people will not be judged by the color of their skin, but by the content of their character.”

Lauded as one of the greatest sopranos of the 20th Century, Leontyne Price was also an intelligent woman with a strong character. Unfortunately, her early career was unquestionably stalled by the color of her skin, but on this day in particular, it is important to see how eventually her talent, dedication to work,  and character overcame bigotry and led her to a career as a leading performer at the Metropolitan Opera and most major opera houses around the world.

After years of singing and playing accompaniment for church choirs, Ms. Price thought she might be a music teacher, but others realized her voice was extraordinary and helped her to a Julliard scholarship. In 1948, when she entered Julliard the world was a sad place.  It would still be another seven years before the Metropolitan Opera signed its first black singer, Marian Anderson.  There weren’t a lot of opportunities for a black classical singer, so Ms. Price spent an inordinate number of years singing Porgy and Bess across America and Europe.

Then she started to arrive. In 1956, Ms. Price became the first African American in a leading role in a televised opera, singing Tosca.  She developed a close working partnership with Herbert Van Karajan, a famously difficult and demanding conductor who saw her as “the artist of the future.” They worked for many years together. She was the first black woman to sing at La Scala in Milan, and then at the MET she commanded the role of Aida from her debut in 1961 until the last time she sang it 25 years later in the 1984-85 season. She was “Musican of the Year,” on the cover of Time, and Kennedy Center Honoree. The crowning moment of her career was when she was asked to star in the inaugural production at the new Metropolitan Opera House. All the while she won acclaim and added more and more difficult roles to her repertoire.  She frequently was asked to entertain at The White House, and she even wrote the children’s book version of Aida that became the basis of the Broadway musical. On September 30, 2001 at 74, she performed at a memorial for 9/11 victims in Carnegie Hall, singing “God Bless America”— unaccompanied.

Even with all of the racial hatred we see in 2020, if you weren’t alive back to the 50s it is hard to imagine how enormous, Ms. Price’s achievement was. Yes, she had a tremendous, gorgeous instrument, but it takes a great deal more, and she used her intelligence to raise her performances to the highest emotional and artistic level. Perhaps just as importantly, she never forgot her upbringing, her family and who she was as a person. At the end of recitals, she always performed “This Little Light of Mine — I’m Gonna Let it Shine,” which seems to say a lot about her humility and how she felt about her role in making the world a little more civilized.

Ms. Price avoided the term African American, preferring to call herself an American, even a “chauvinistic American. In a television interview he summed up her philosophy this way: “If you are going to think black, think positive about it. Don’t think down on it, or think it is something in your way. And this way, when you really do want to stretch out, and express how beautiful black is, everybody will hear you.”

We will leave you with two recordings on YouTube, one of Ms. Price singing the popular Gershwin tune “Summertime” and a recording of “O patria mia” from Aida, which some believe has never been sung as well by anyone else. The visual technology of the time isn’t ideal, but the voice and sound are wonderful. The soul is immeasurable—a manifestation of her character.

We are still far from Dr. King’s goal, but there are some stalwart souls that make us realize how different — and how much richer — the world would be if only we would be truly just.

Leontyne Price maintained an office in the St. James Building for many years, and her kindness to Kew staff members is still remembered.