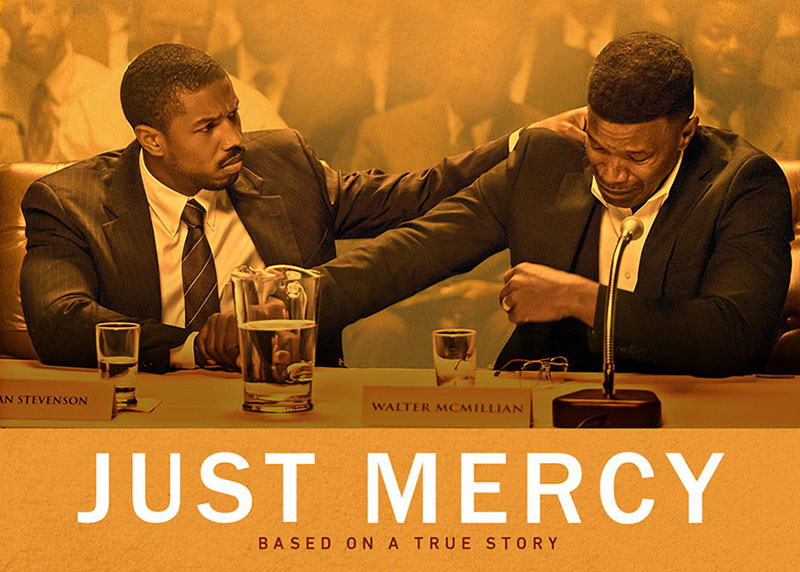 Set in the 1980s, this film is a true story based on the life and work of civil rights attorney Bryan Stevenson. Stevenson is a Black attorney who graduated from Harvard, started the Equal Justice Initiative, and took on cases pro bono defending imprisoned inmates on death row in Montgomery, Alabama.

Just Mercy is based on Stevenson’s memoir, Just Mercy: A Story of Justice and Redemption, which chronicles the cases of several prisoners who Stevenson defends, and most prominently the appeal trial of Walter McMillian. McMillian was wrongfully convicted of murder and sentenced to death on the basis of a sole allegation by a White man, despite having many alibis proving otherwise.

Starring Michael B. Jordan and Jamie Foxx, this powerful film demonstrates the huge injustices that have plagued African Americans in the past and continue to persist. Equal parts frustration and empowerment, this story needs to be heard.

Many streaming sites have made Just Mercy available in order to support and promote the message of the Black Lives Matter movement by educating the public on the longstanding history of racism in America. See Just Mercy on any of these streaming services and more: Apple TV, Prime Video, Fandango, Vudu, Redbox, YouTube, Cox, DirecTV, Google Play, Optimum, Xfinity, Fios. 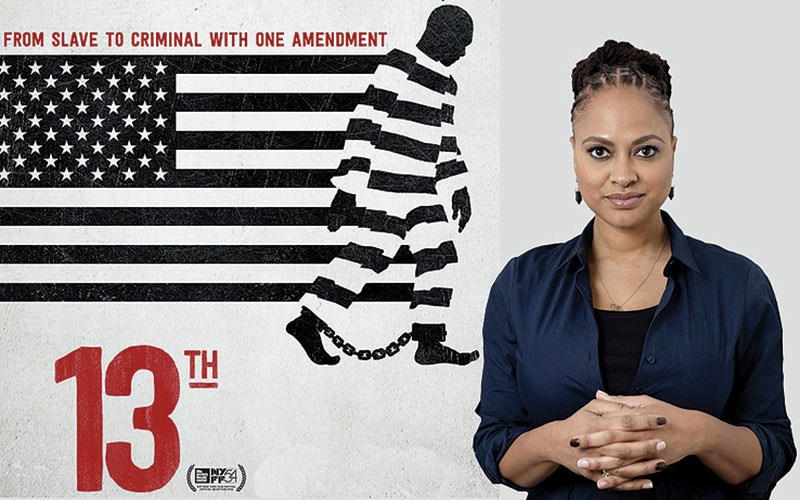 If you want to educate yourself on the criminalization of Black lives in America, watch 13th. Learn about the centuries-long struggle of African Americans for freedom. Despite the Emancipation Proclamation, slavery of Blacks has continued in a new form. In this documentary, you will hear from some of the most influential activists of our lifetime, including Angela Davis, about how the laws that have been passed since 1865 have directly perpetuated the era of mass incarceration of Blacks that rose significantly in the last quarter of the 20th century and now eclipses all other countries in the world.

Today, we live in a nation where an enormous percentage of the population lives behind bars. The U.S. is home to less than 5% of the total world population, yet holds nearly a quarter of the world’s imprisoned population. Moreover, a disparate 33% of incarcerated people in America are Black, when African Americans only make up 12% of the nation’s population.

Blacks have been, and continue to be, criminalized by lawmakers, politicians, the media, private corporations, police, and the courts. From the clause in the 13th amendment, which freed citizens from the bounds of slavery and involuntary solitude “except as a punishment for crime,” to the Jim Crow laws in the 1870s, to Nixon and Reagan’s War on Drugs, to Clinton’s Crime Bill, the legislation that has been instituted and enforced in this country has led us to where we are now.

Today, Black males having a 1 in 3 chance of being incarcerated within their lifetime. After slavery was abolished, the prison system began to expand dramatically and prison labor was used to benefit private industries. Now, prisoners continue to be used as a labor force, often manufacturing items for private companies. However, corporations are also able to make money off of high prison populations with for-profit prisons. For this reason, private prison corporations are heavily incentivized to continue the perpetuation of mass incarceration and work to ensure that legislatures increase minimum sentences and the length of prison terms, while limiting parole.

In addition, there are many pre-conditions that lead Black men to this fate, including the failure of educational institutions, inadequacy of social services, and the indoctrination into the acceptance of their own lack of self-worth. Further, structural racism can be seen in the criminal justice system at many levels, including the tolerance of police brutality, biased mandatory minimums, and intimidation tactics which lead 98% of incarcerated individuals to plead guilty before ever seeing their day in court, regardless of whether they are innocent or guilty.

If you want to see change, educate yourself on the past and current state of our country. Watch 13th on Netflix. 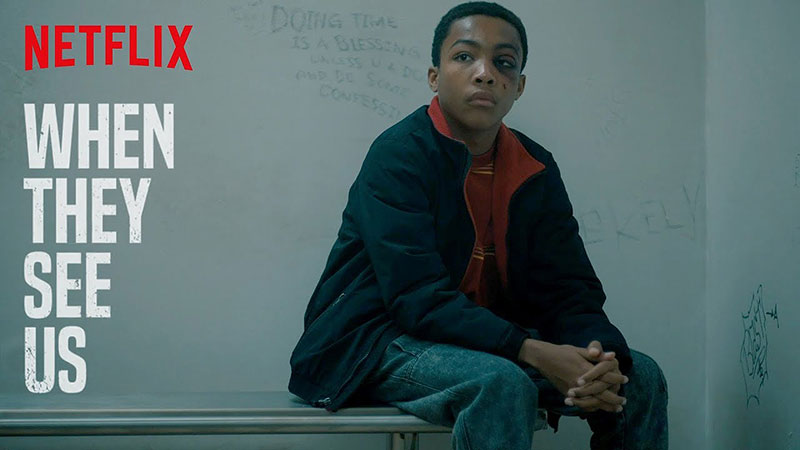 When They See Us

This four-episode miniseries follows the 1989 Central Park jogger case in which five young African American boys, known as the Central Park Five, were wrongfully convicted in a rape and assault case, despite a clear lack of evidence.

The police blatantly manipulated and intimidated the boys, most no more than 14 years old at the time, into false confessions. Scandalmongering rag journalism and even a full-page ad from Donald Trump calling for their execution helped to push public opinion to the point where justice was overwhelmed. The devastating racism that rained down on these boys, who were sentenced and served 5 to 15 years, is heartbreaking. Convicted in 1990, they were finally exonerated in 2001 when the DNA of convicted murderer and serial rapist Matias Reyes proved a match.

Additional information can be seen in interviews with the victims in Oprah Winfrey Presents When They See Us Now, which is also available on Netflix.

More Movies and Documentaries to Watch: