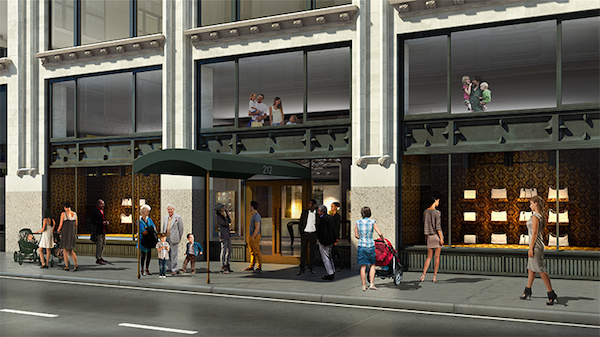 Plans have been released for the residential conversion of 212 Fifth Avenue at 26th Street. Thor Equities bought the property from Extel back in January, with the intention of turning the office building into residential units. It was formerly part of the Ring portfolio.  The Landmark Preservation Commission has approved the proposed changes to the historical building, which was built in 1913.

Building and Land Technology, Madison Equities and Thor Equities are the developers behind the renovations, with building design by Helpern Architects. According to New York YIMBY, plans include expanding the penthouse, consolidating the core of the building, renovating the ground-level storefronts, reconstructing the parapet and altering windows on the historic south-facing façade. The original plan called for more rows of windows to be added to the south side, but that aspect was rejected in order to preserve the building’s iconic look. The residential entrance will be on 26th Street, while the ground floor commercial entrance will remain on Fifth Avenue.

Meenakshi Srinivasan, chair of the LPC, maintains that all changes to 212 Fifth Avenue will be “sensitive and respectful” and will maintain the integrity of the highly recognizable façade.