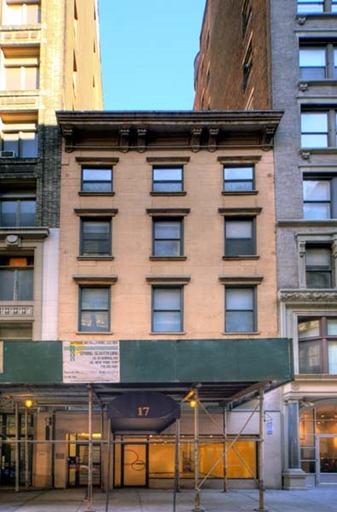 Hotel accommodations in NoMad are certainly not in short supply. Work has begun at 17 West 24th Street, where a sleek new boutique hotel is being planned. The hotel, temporarily named Prime Hotel, will rise 18 stories and house 68 guest rooms, a restaurant, rooftop bar and an indoor/outdoor lounge. Reports of the hotel’s planned square footage vary between 25,000 and 30,000 square feet.

The architect of Prime Hotel is Gene Kaufman and promises to feature interiors designed by Philip Johnson Alan Ritchie Architects. The developer of the property is Eben Ascel Corp.

Much like we’ve seen with The Paul’s marketing strategy, those involved with the project, such as Kaufman, see NoMad as the ideal New York neighborhood for a hotel. When speaking with Real Estate Weekly, Kaufman expressed confidence that Prime Hotel will prove to be the “quintessential New York hotel,” – a hotel where visitors can get a true look at how New York life plays out in chic restaurants, bars and rooms.