Over the past several years, prinkshop has made a name for itself as a purveyor of cause-centric clothing and accessories, partnering with not-for-profit groups and major corporate brands to create memorable products intended to spark meaningful dialogue.

Through “creative wordplay, eye-catching designs, and question-prompting graphics,” prinkshop’s pieces convey messages about a range of social and political issues, such as gender equality, disability advocacy, and gun control – their tagline aptly reads: “we’ve got issues.” In partnering with not-for-profit organizations they believe in, prinkshop creates products to generate awareness while donating a portion of their proceeds back to these organizations.

Pamela Bell, prinkshop’s founder, cut her teeth in the fashion and design world as a founding partner of global brands Kate Spade and Jack Spade. After her time there, Pamela brought her experience in the fashion business to the not-for-profit sector and, soon enough, prinkshop was born. Today, from prinkshop’s current offices in the Townsend Building at 1123 Broadway, she continues her mission to help “turn bystanders into activists” by creating fun products that promote the issues they care about. We recently had a conversation with Pamela, along with Karen Fechter, prinkshop’s Head of Business Development, about prinkshop’s beginnings, current projects, and future direction.

Could you tell us about the history of prinkshop – when, how, and most importantly, why it was founded?

Pamela: When I sold my previous business, I had a long term non-compete, so I started working with not-for-profits. I saw an opportunity for them to offer products to their customer base and their supporters, so I tried to get some of the not-for-profits to make their own products. They could make a margin on it and create awareness at the same time. In the not-for-profits—there was no manufacturing experience, having inventory was difficult, they didn’t know how to sell—they didn’t have the business mind for it, because it’s sort of a for-profit mentality. So, I decided to do it for them myself. And that’s how I started.

What would you say is prinkshop’s brand philosophy?

Karen: Building communities of activists. We say that we’re turning bystanders into activists, and we’re giving them this tool that makes it so easy for them to become activists. That’s a big part of it: how you create a community of likeminded people who want to stand up for something they believe in.

Pamela: Most of our manufacturing is in Long Island in a factory that was created to employ adults with autism, so it’s really the full cycle. That was the other thing. I wanted to manufacture in a way that was responsible; that would employ people that were otherwise unemployable. This factory is a not-for-profit factory. 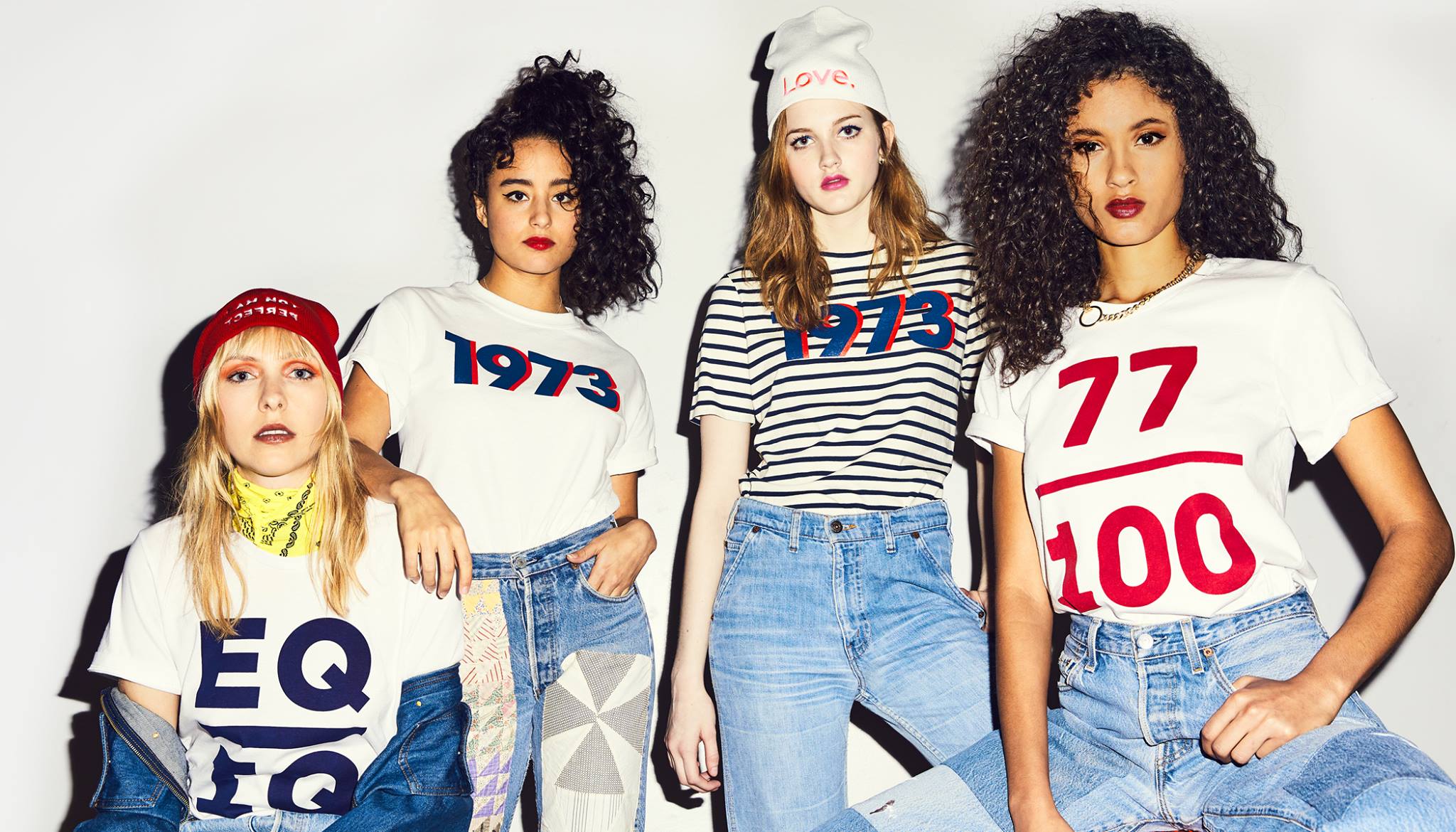 How long has prinkshop been in business?

Pamela: I’d been tinkering around with it for about seven years, but for the last three years it’s been a vibrant business.

What was your first partnership?

Pamela: The first partnership was with Donors Choose, which is a nationwide organization—it’s one of the first public school platforms where individuals can go online and donate directly to a classroom teacher. So, we did totes and t-shirts with them in a collaboration, and that was around five years ago, like a one-off. We did a campaign and sold out of the units, and then, we stopped. So, it was like a test, and that went really well. Then, I did one for The Edible Schoolyard, an organization that goes into schools and builds gardens. The kids take care of the gardens and eat from the gardens. That was with Edible Schoolyard and Madewell, and it was our first big collaboration.

How would you describe your approach to creating designs for these organizations?

Pamela: We create a design for a not-for-profit based on its mission. We try to come up with something that’s provocative and fun, something that speaks to what they’re doing but doesn’t spell it out. We don’t do things like “save the whales”—not that straightforward. “1973” is probably our largest campaign to date. That was the year that Roe v. Wade went into effect. Those products have been consistently steady. With the U.N. Girl Up Foundation, we did, “You see a girl, I see the future,” with Cara Delevingne. Those are our biggest sellers, those two and “BANG” – for gun control.

How would you say prinkshop has grown or changed over time?

Karen: I think the recognition of work that we do – we just have some really interesting people coming to knock on our door. Luckily, we’re in a position where we’re not hustling and trying to get business; we have people coming to us. I think we’ve seen the growth of some of the campaigns that have been around for a long time. When Pamela started, she was giving money and services to some of these organizations without even having a legitimate partnership with them. She was designing items and putting them out there, and just sending them checks. And now that they’ve seen what we can do, they’re actually legitimizing those relationships – now it’s becoming more of a triangle, they’re promoting it as well and actively putting the campaigns in front of their audience, which I think makes a big difference.

Pamela: I think a lot of the not-for-profits are seeing it as a legitimate model for awareness and revenue for them, so they’re joining in with us, which is great. 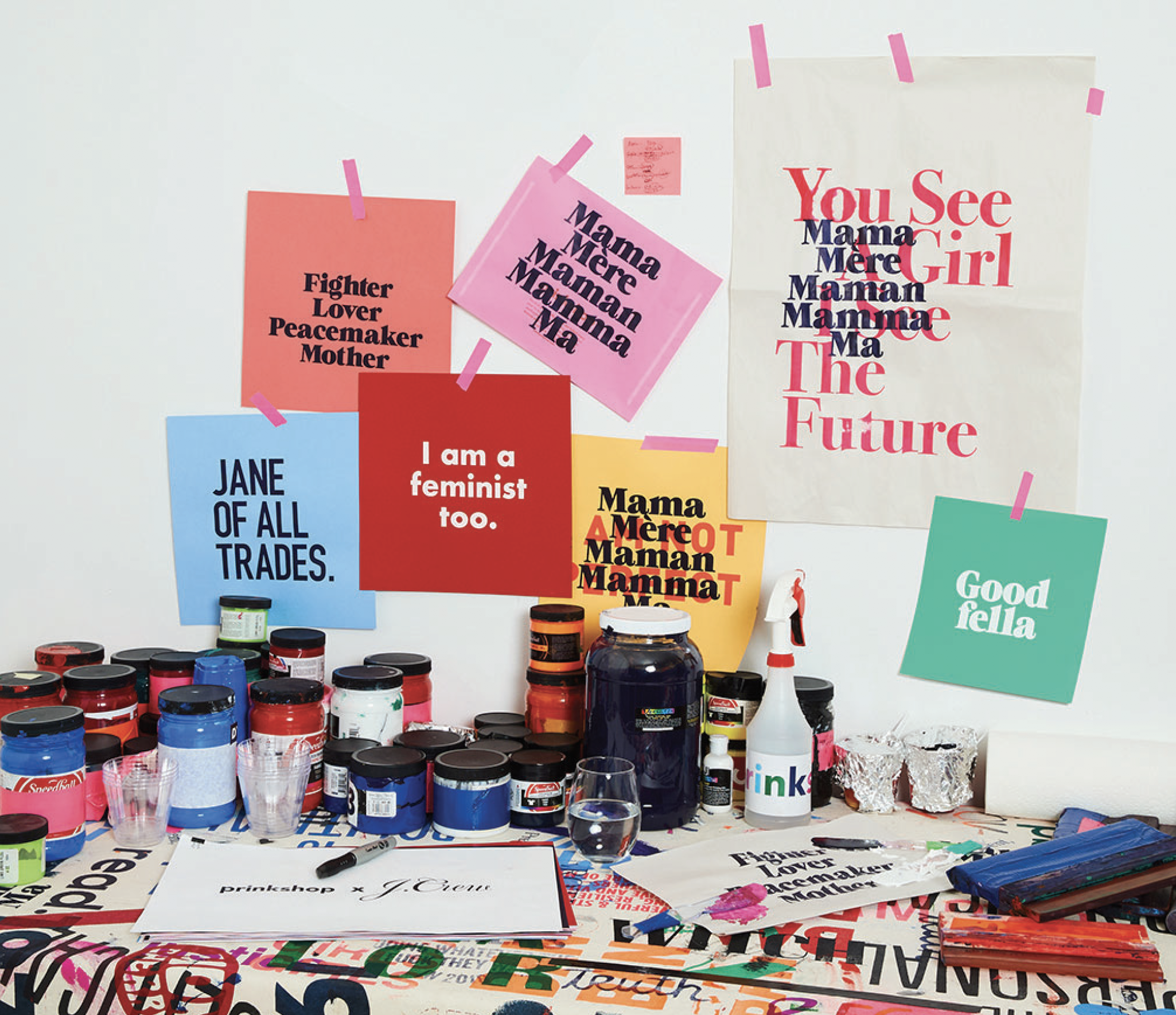 Could you tell us more about your philanthropic partnerships?

Pamela: NIRH (the National Institute for Reproductive Health) is the “1973” partnership. Their core work is fighting legislation to keep women’s reproductive care and rights intact, and they work at the state and local government level. We donate back to them, I think, around $5 a shirt. It depends, if it’s more expensive, we donate more. They also buy from us, for example: their goodie bags for their gala are from us. They keep promoting “1973,” too.

If an organization comes to us and we like what it’s doing, we’ll join with it, but if we don’t feel that the organization’s work is something that we want to support, we’ll politely say no. A lot of our organizations are pretty nimble, and they’re on the ground, really rolling up their sleeves and showing up to do things. We haven’t done large NGOs (non-governmental organizations) with a lot of overhead. We like that the money that we give goes straight to helping the victims or preventing bad things from happening.

Do they present certain ideas to you, or is the creative aspect all in your hands?

Pamela: I would say the creative aspect is all in our hands. We present to them.

Karen: We do an initial interview where we’ll just gather thoughts—they just talk and we take notes, we digest that, and Pamela and the design team turn that into slogans that speak to the work that they do without, as Pamela said, being super obvious. We want it to evoke a dialogue, it shouldn’t be completely obvious, it should be more provocative.

Pamela: That’s the concept: you walk down the street and someone says, “Oh, what is 1973?” and then you can have a conversation about it.

What about collaborations with other brands?

Pamela: We’ve worked with J.Crew, Madewell, Diane von Furstenberg, Kule, West Elm, Theory… Those are more real collaborations because the brands also have their own identity. So, they’re not less prinkshop, but there’s a little more design input from the fashion collaborations.

Which of your designs do you find yourself wearing most?

Pamela: 1973. Plus, people think I was born that year, so I really like it (she chuckles) 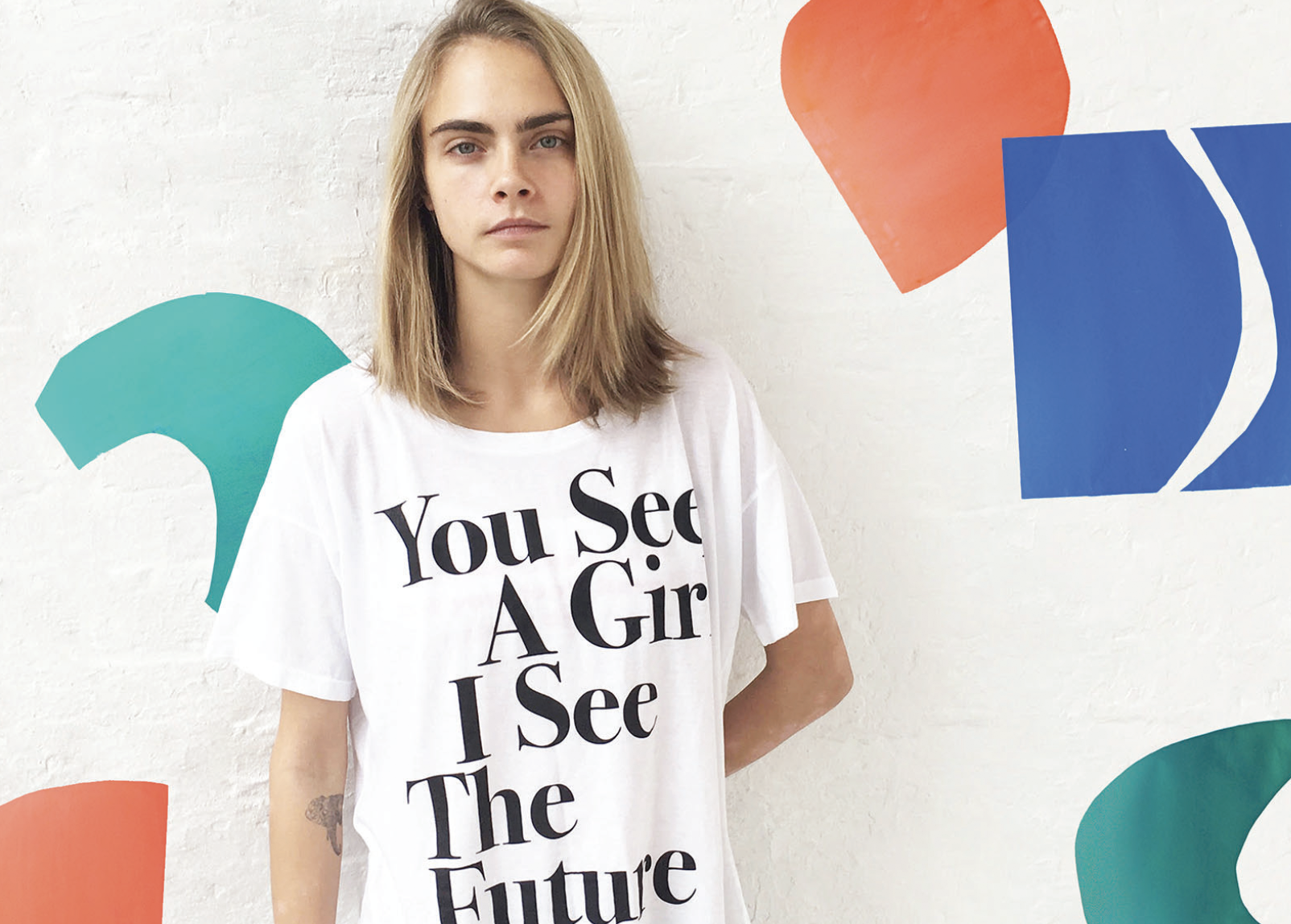 Any projects in the works that you can tell us about?

Pamela: Right now, we’re doing a big ongoing collaboration with J.Crew which is a licensing deal. We design for them, they give us a royalty, and they give an even larger royalty to the charity of choice, which we love. They do the manufacturing, we do all the creative, and then they donate.  We’re also working on something with the Child Mind Institute, which is a mental health organization. Their mission is to illustrate the intensity of mental illness in kids. One in five children have some kind of mental illness, and we’re going to try to help them illustrate the physicality of it, because a lot of people think mental illness is something you can just get over. So, our campaign is meant to encourage people to support children with mental health issues.

Where was your last office, and how does it compare to your new office at 1123 Broadway?

Pamela: My last office was in the ground floor of my 1858 townhouse in the East Village which I sold. So I had an office inside of our house, and though it was helpful to be home sometimes, it’s nice to actually come somewhere to work. I love it; love coming to the office. We’re more focused here. I love having the doorman, and it’s just great. I’ve been telling everyone, this is the best building! And I love meeting our neighbors.

What is the meaning behind the name prinkshop?

The word “prink” was short for “printed ink.” Then we looked it up in the dictionary, and it actually means “to gussie up,” which I thought was so interesting.

We were going to call it just “prink,” but prink.com was taken—people just go in and buy up all these URLs without even owning the company—and they wanted an exorbitant amount of money for the domain. So, a friend of mine who’s in graphic design said, “Why don’t you just add ‘shop’ to the end so you don’t have to buy the URL?” So I said, “Okay, we’ll go with prinkshop – that’s it!”

Where do you hope to see prinkshop moving in the future?

Pamela: I think just generating more awareness, working with more partners, going a little bit deeper with some of the relationships that we already have. We enjoy the fact that we manufacture in the factory because it’s creating jobs, so the more shirts we get out there, the more jobs we create. We also really like the design piece of it. I think that doing more licensing agreements and collaborations is really our goal. We like the idea of a collaboration a lot. It also gives us the opportunity to educate other brands on how we manufacture, and sometimes they take them into their best practices, which is very rewarding.