For over 120 years the office doors in 1123 and 1133 Broadway have opened to some of the city’s most interesting businesses. That is no less true today, and one of the most interesting is Pryor-Johnson Rare Books in 1123 Broadway.

When you step through the door of 517, you’re in for a wondrous experience: a welcoming space set up as part shop, part library, complete with comfy chairs, elegant antique furnishings and even a liquor cabinet—from which, depending on the time of day, the proprietors may offer a glass of whiskey or brandy.

And of course, there are the shelves and cabinets full of amazing books you won’t find anywhere else. 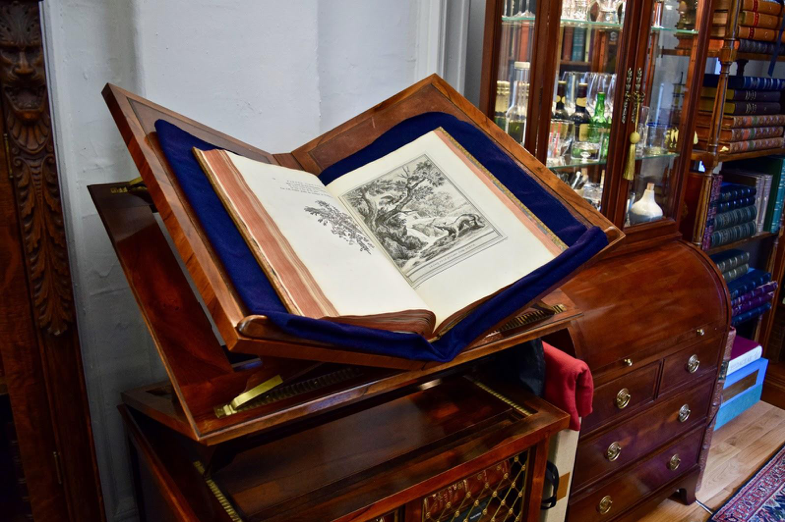 If you’re one of those people who imagine rare bookstores as dank, dusty places where you’re kindly advised not to touch anything, prepare to have your stereotypes shattered. Shop owner David Johnson and his associate Jonah Rosenberg are congenial hosts who invite guests to come in, sit down, relax, discuss fine works and peruse their collection of treasures—with supervision, but without apprehension. Delicate items are protected by mylar covers, and as Jonah points out, leather-bound books benefit from the oils on clean human hands.

“I think often what happens when people come in,” says Jonah, “is they say, ‘Oh, you know, these books are so lovely, but I’d be afraid to buy them because you can’t read them.’ And I just don’t think that’s true—you just have to reframe what you mean by read them. I have a book that I throw in my tote bag to read on the subway here.  Then, there are books that live on my shelf, and I read them when a friend, who’d be interested, comes over; or if I just want to look at something lovely, I’ll pull those down and read them.  I don’t think these books are sacred. We keep them behind glass because we have to dust them less. They can be used, and they want to be used.” 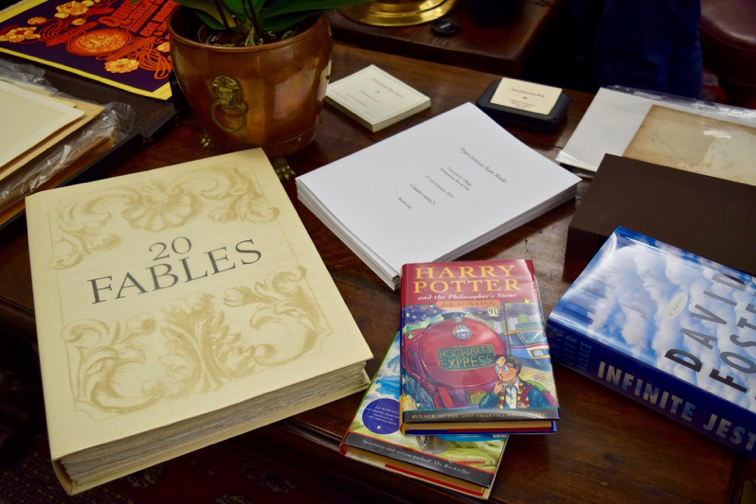 If you linger for more than a few minutes, you’re likely to get a tour, at which point Jonah or David (or both) will personally show you a few of the gallery’s most notable treasures—and be advised, their passion is contagious. In the hour or so we spent with them, we were shown (among many other items) first-edition autographed copies of Harry Potter and the Sorcerer’s Stone by J.K. Rowling and Infinite Jest by the late David Foster Wallace; a first-edition copy of Allen Ginsberg’s Howl, signed both by the author and by his friend Carl Solomon, to whom the poem was dedicated; and a copy of the Tragedies of Seneca, currently the gallery’s oldest book. Most remarkably, as Jonah reads the Latin inscription in the Tragedies of Seneca, it reveals the exact day on which printing was completed: “Printed in Venice in 1505 in the month of September on the seventh day,” says Jonah. “So we can celebrate the book’s birthday.”

David and Jonah point out that rare and old are not the same thing. Many factors may determine the rarity of a book, including its condition, its edition, irregularities, who signed it, who owned it, authentification of its history, and hundreds of other possible variables. 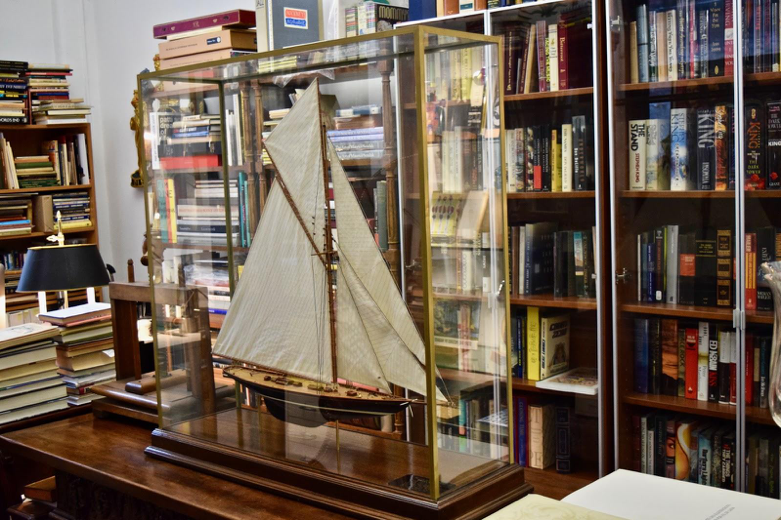 “It doesn’t just mean ‘old books’ because all of our books aren’t old,” says Jonah. “When you’re dealing with old books, the case [for rarity] makes itself. It’s been preserved, it’s original, it’s often in a very nice binding. But for modern books, what makes a book rare?  It’s about distinguishing between the content and the individuality of the object, which is sometimes a difficult distinction to draw. But I think once people get it, they really get it. And to be able to hold the book that was in Allen Ginsburg’s hand when he signed it, in Carl Solomon’s hand when he also signed it, and to know that they were maybe together at some point or that this person [who owned the book] knew both of them is just really quite extraordinary.”

Pryor-Johnson Rare Books essentially began as a personal passion of David Johnson, who emigrated from England in the early 1960s and initially began his career in the States as a telecommunications engineer. 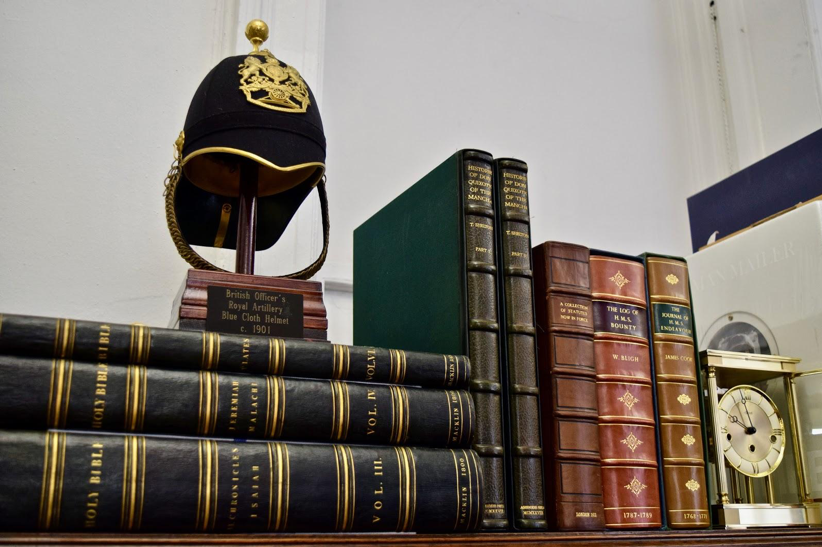 “I started collecting examples of fine printing,” David explains. “I couldn’t afford much, so I started [collecting] printed ephemera, prospectuses for fine press [i.e., advertisements for soon-to-be-published works], and also English gardening books before 1800.  It’s a keen hobby of mine, and of course, it escalated and bloomed until it became bibliomania.”

Even though he had been collecting and selling for years, David says he didn’t become a full-time bookseller until 2014, when he was offered space as a tenant in the back room of Crawford Doyle, a bookshop then situated on Madison Avenue between 81st and 82nd Streets on the Upper East Side. After operating there for several years, David decided it would be best to move the shop away from street level, to the fifth-floor suite where the shop lives today. 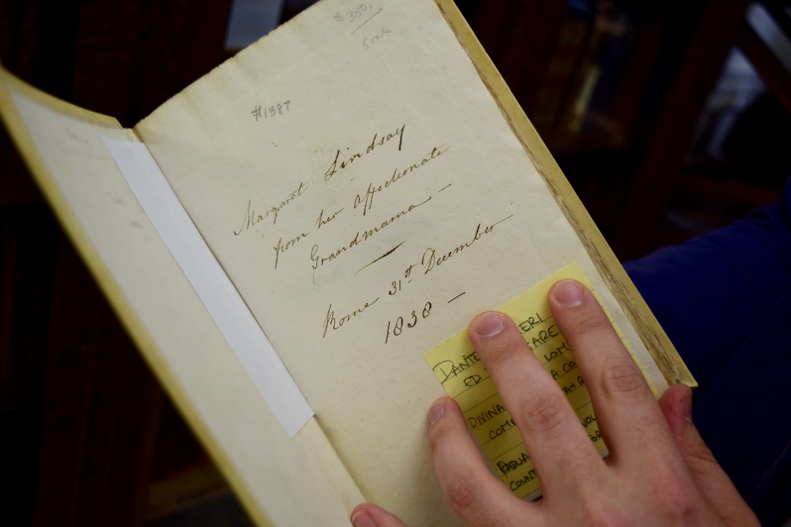 “When we were up at Crawford Doyle, lovely as it was, it was open to the street,” Jonah explains. “We were a block from the Metropolitan Museum, so we got a lot of traffic, but it was generic traffic. [People] wandered around, and there was a sign that said, ‘More books this way,’ and they were going from an ordinary book shop where everything was $10 or $15, and then coming into our bookshop. They’d take a book off the shelf and say, ‘Oh my God, why is this $200?’ We weren’t in our target market. So our day-to-day work, which is cataloguing, was interrupted dozens of times a day. When we decided to move, we wanted to move to a closed space and not street-facing.  The benefit of being here is that we have peace and quiet when we want it, but it’s accessible to anyone who wants to visit.”

Rare Books in an Internet World

Today, Pryor-Johnson Rare Books sits in the heart of NoMad, where visitors can drop in whenever the door is open. “Strictly speaking, our hours are by chance and by appointment,” says Jonah. “Even though we’re [usually] here Monday to Saturday, 11 to 6, often we’re off at a preview for an auction or looking at a collection or what have you.”

In an age where technology is changing the way so many industries do business, both David and Jonah admit the rare book business has been affected dramatically. Still, they have found ways to adapt, both to utilize the Internet for selling and to compensate for the challenges it presents.

“We only pretend to be luddites,” Jonah quips. “We sell online, we sell through our own website, we sell through AbeBooks, we have an Instagram. To my mind, the bigger effect is the generational gap of people who have never gotten into a bookshop. I think something David and I see very much eye to eye on is a sort of educational mandate. We need to educate our customer in a way that our predecessors perhaps didn’t have to. We have to explain to people, without judgment or condescension—we have this stuff; let us show you why it’s so cool.  As sellers of a distinctly physical object, it’s about making the case to people that this is not equivalent to a PDF of the same thing.” 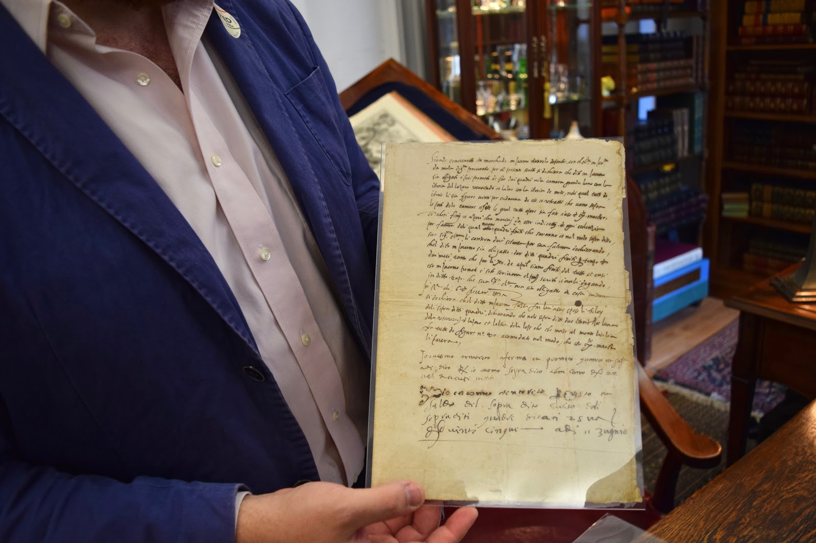 For David and Jonah, the decision to relocate the shop to NoMad last year was a natural choice for a number of reasons. “We’re surrounded by eight subway lines,” says Jonah. “The thing about this neighborhood is that because it’s younger and more creative than the Upper East Side, this is closer to our target demographic. We have the sort of people who have historically been book buyers. We have architects, psychologists, and writers — people who appreciate the printed matter of their field of interest.”

Aside from business reasons, the pair also acknowledge that moving to 1123 Broadway carries a strong sense of meaning, as much for the literary history of NoMad as for the building itself.

“One of the great private libraries, the Morgan Library, actually sits at the top of NoMad,” says Jonah. “This neighborhood is certainly a literary neighborhood. Lots of books take place here. Here’s a good example.” (He pulls out a book.) “Time and Again by Jack Finney. [The characters] are constantly walking through Madison Square Park, and they walk past our building. They walk past the Flatiron Building, they walk past the brand-new New York Life Building, that sort of thing. So this neighborhood is part of the literary heritage of New York in quite a serious way.

“Maybe it’s even too basic to mention,” he adds, “but when we sell old books, being in an older building, especially one such as this that has such character, you know, mosaic floors, the beautiful marble and cast-iron stairwells. It sort of sets us in context; we make sense in this building.”