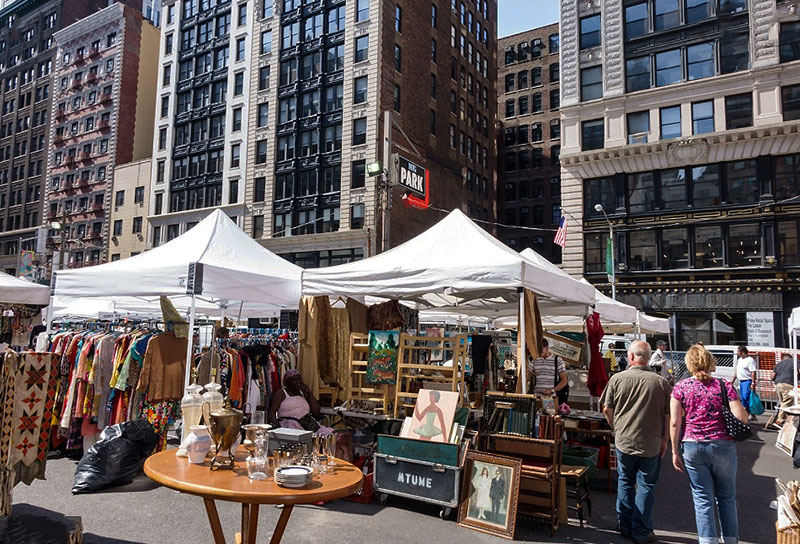 Spring brings the reincarnation of the famed flea market at 29 West 25th Street (between Fifth Avenue and Sixth Avenue).

Ten years ago, our neighborhood was covered with flea markets on the weekends. They afforded two benefits.  First, they provided curious shoppers – from the casual tourist to the most discerning shopkeepers – a huge market to scour for very special treasures, which can only show up in a New York City flea market. Second, they gave parking lots a nice income on weekends when the lots were vacant.

But as real estate market pressures increased, these lots closed and the properties saw high-rise developments. At the end of last year, this last of the neighborhood flea markets on 25th Street closed when the owners’ lease was not renewed.  It appeared that yet another facet of what made New York interesting to so many different types of people had disappeared forever into the past.

That’s why the neighborhood cheered with surprise and relief when it was announced that beginning the weekend of April 4 and 5, over 60 vendors will again be selling their wares at the 25th Street weekend flea market, and will continue to do so year-round, come rain or come shine.

The new market, christened Chelsea Flea, will offer high-quality antiques, unique vintage finds, found architectural objects, and hard-to-find collectables. Plus, select food vendors will make sure you don’t go hungry as you hunt for treasures (including eats which are gluten-free, vegan, vegetarian, and more).

The team who brought us Brooklyn Flea and Smorgasburg is behind the resurrection of this storied flea market, which was shopped by designers, celebs, and style icons like Andy Warhol. Those in the know look forward to the revival of this invaluable resource, and dealers look forward to working with the new team.

This matchless shopping experience builds on the forty-year heritage of its location. Recognized for its exceptional bargains and lively negotiating, the new Chelsea Flea Market is New York deal-hunting at its best. Whether you’re a serious shopper or dabbling in deals, it’s history repeating itself in all the right ways. 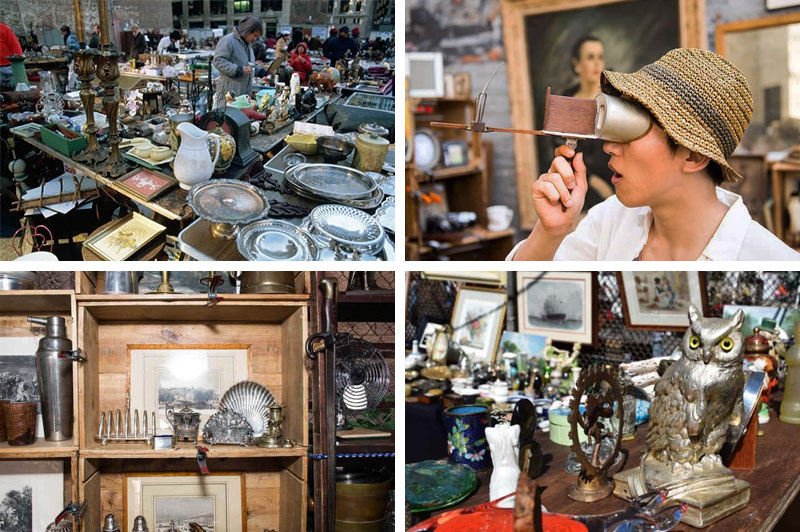