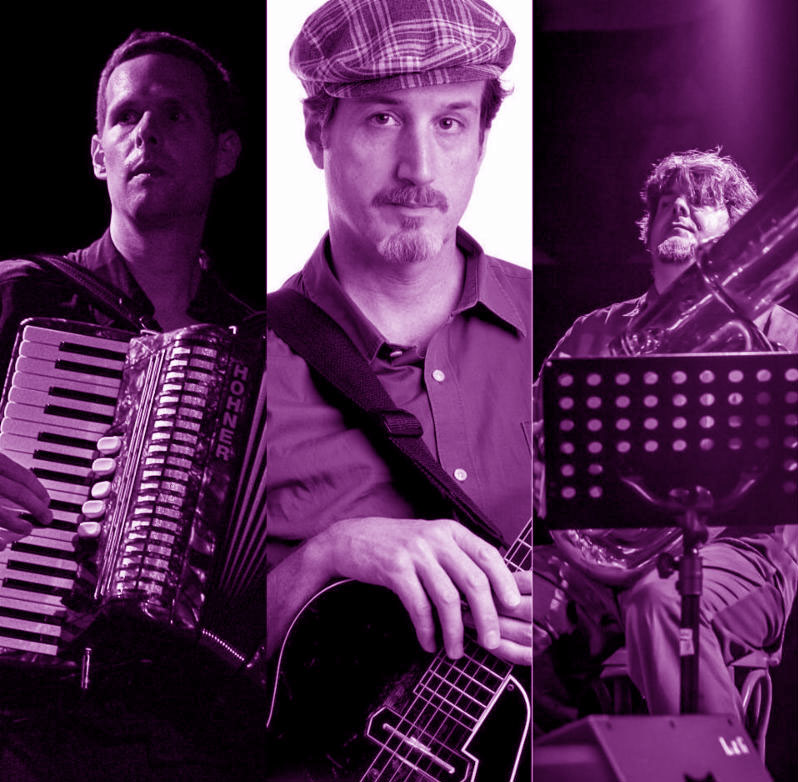 The next concert in Rizzoli’s adventurous Aperitivo Music Series, Musette Explosion will bring the traditional French Musette genre to new places through virtuosic improvisation and original pieces, sonic surprises and adventurous playing, shot through with a sense of fun and emotional depth.

Musette is a wonderful French music tradition originating in Paris’s cafés and bars during the 19th Century, where atrons danced the bourrée to the accompaniment of the cabrette (a bellows-blown bagpipe locally called a “musette”) and often the vielle à roue (hurdy-gurdy). Italians playing the accordian, joined the Parisians and introduced accordian versions of the music.

Because the Musette dance forms did not require a large hall and people were drawn to easier, faster and more sensual dance steps, Musette became popular. So popular in fact that by 1945, the bal-musette became the most popular style of dance in France, and its biggest stars were widely known across the country. While its popularity declined in the last half of the 20th Century, a revival of bals has begun, especially in larger cities, and a modern form of the musette is establishing itself.

It will be interesting to hear where The Musette Explosion takes this form this coming Sunday.

Will Holshouser (accordion) performs all over the world as an accordionist, improviser and composer. Will has played for many years with violinist Regina Carter and appears on her last two albums. He has played with Martha Wainwright, Loudon Wainwright III, NYC Ballet, NYC Opera, Brooklyn Philharmonic, and others.

Matt Munisteri (guitarist/banjoist) Matt’s debut CD Love Story wound up on several critics’ “Best of” lists, and garnered the second spot on Amazon’s Top Ten Jazz CDs of The Year (2003). Matt was a key player on Loudon Wainwright’s 2010 Grammy-winning CD High Wide and Handsome. He is credited on over 70 CDs, including new releases by trombonist Wycliffe Gordon and guitarist Howard Alden.

Marcus Rojas (tuba) is internationally recognized as one of the most accomplished and unique voices on his instrument. He has worked with artists ranging from David Byrne and Paul Simon to the Metropolitan Opera, downtown luminaries such as John Zorn and Marc Ribot, reggae stars Sly & Robbie, and jazz legends Lionel Hampton and Lester Bowie.

To listen to highlights from the discography of the trio and the countless projects of its individual players, please go here.