Thirty years before the St. James Building rose on the corner of Broadway and 26th Street, the site was home to the St. James Hotel, one of the finest hotels of its day. As such, it became a high-profile target for a terrorist trying to prevent the reelection of Abraham Lincoln.

On the night of November 25, 1864, a hotel guest calling himself John School checked into the hotel and later set the bed linens in his room ablaze. The fire was discovered and quickly put out before it spread. It was 8:43 p.m., and this was to be the first of over 20 blazes to break out that night in the city, mostly along Broadway.

The attacks were part of a Confederate plot. Originally planned to coincide with Election Day November 8th, they were intended to disrupt the re-election of Lincoln by completely destroying the city and sending panic through the civilian population. With the Confederacy badly losing the war, it was thought that the destruction of a major Union city would cause the Copperheads (anti-Lincoln Democrats) to rise, elect a president sympathetic to peace, and end the war in the Confederacy’s favor.

Fortunately, the plot was aborted by bad Confederate planning and good Union intelligence.

Eight Confederate secret service conspirators organized in Canada traveled to New York to execute the plan, but arriving in the City, they got a surprise. Remarkably, the Lincoln administration had received intelligence about the plot and four days before Election Day sent 3,500 Union troops into the city. In the face of the huge troop presence, Cooperheads supporting the conspirators (thought to number 20,000) failed to appear. Without support, the saboteurs couldn’t act on Election Day.

Lincoln was given a second term.

Frustrated and humiliated by Confederate defeats, the destruction of the Shenandoah Valley and the taking of Atlanta, the conspirators decided to retaliate anyway and attacked on November 25th.

For reasons that may never be known, New York City officials and papers would not give credence to the threats (surfacing since early October) and resisted federal official warnings until the very afternoon of the 25th when civil authorities finally accepted the situation and took immediate steps to thwart the plans of the conspirators.

Plain-clothes men, policemen and soldiers by the hundreds were quickly distributed about the city, particularly to the hotels that had been specially named by the Union spy as intended starting-points for the conflagration. 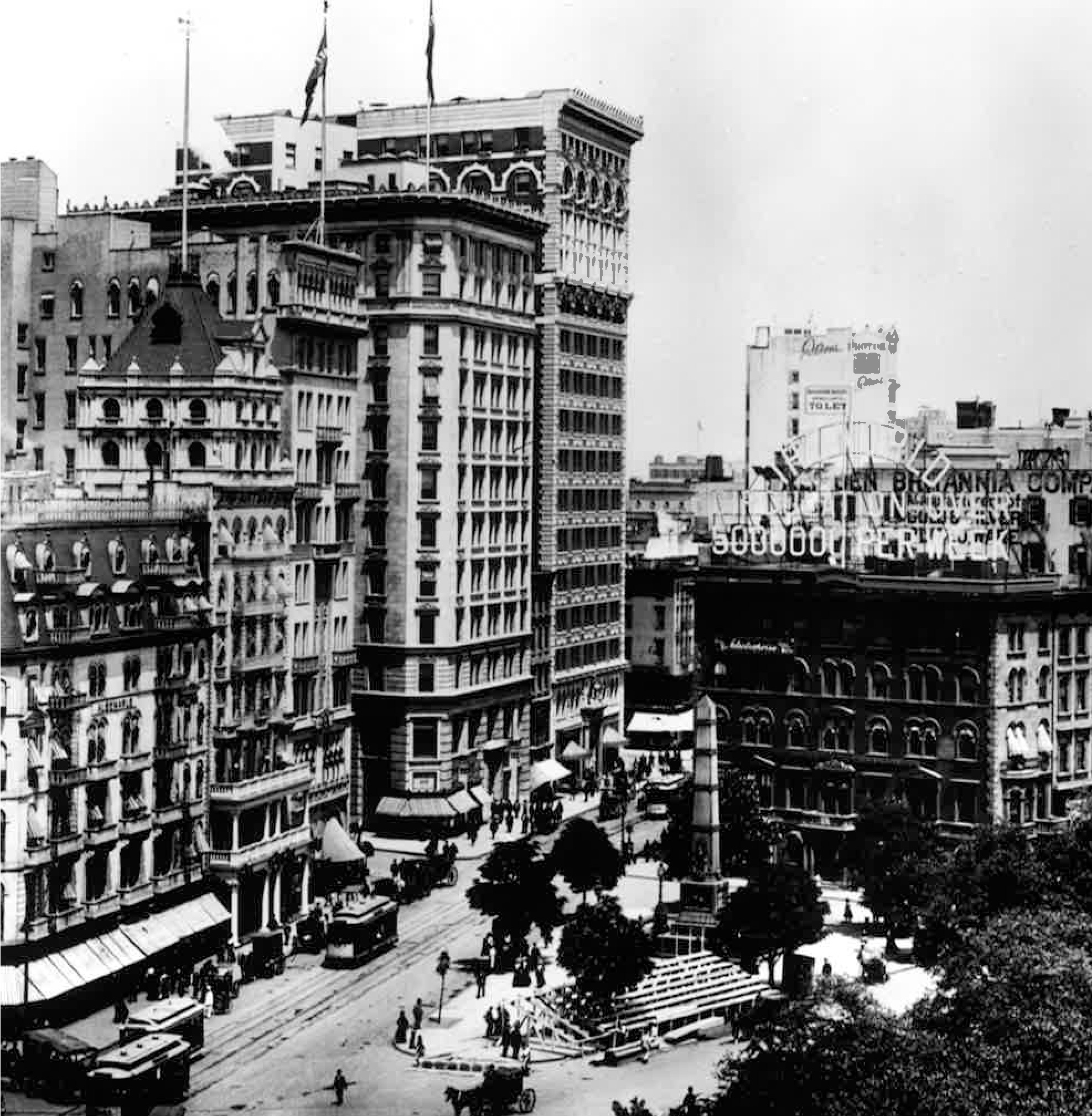 November 25th was chosen because it was Evacuation Day — the day that the British abandoned New York during the Revolutionary War. Among the celebrations, was one at the Winter Garden Theatre at 624 Broadway. The Booth brothers were performing together for the first time. Putting aside their divergent political views, they joined together in performance to raise money for the bronze statue of Shakespeare that still stands on the mall in Central Park. However, near panic broke out in the theatre when the Lafarge Hotel next door was set afire at about 9:20 PM. Only the swift thinking and calming words of Edwin Booth prevented the audience from stampeding.

In fact, all in all, little damage was done to the property or the spirit of the city. The conspirators struck at the wrong time. The city was awake, fire volunteers were ready, officials were on high alert, and there was virtually no wind. Moreover, the terrorists failed to open the windows of the hotel, and the incendiary they used, Greek Fire (an ancient concoction of sulfur, naphtha and quicklime that burst into flames when exposed to air), needs oxygen to effectively ignite.

Had the conspirators struck in the right way and at the right time on busy Broadway, the crowded “Main Street” of the city, or hit the Manhattan Gas Works, things might have been very different. Fires had destroyed most of New York City before. If only a fraction of the huge number set that night had caught hold, the fire department would have been overwhelmed and the plan to destroy the city below 26th Street would have succeeded. Indeed, the course of the entire Civil War might well have changed.

The original New York Times article on November 26, 1864 reporting the fires can be found here.